Two years after watching her kidnappers go to prison, Naomi Jensen is still in love with one of them. Jesse will be released in a few years, and Naomi knows college is the perfect distraction while she waits. But when her new friend Finn makes her question what is right and what is wrong, she begins to wonder if Jesse is the one for her … until she discovers he’s out on parole. Naomi must sort through her confusion to figure out where love and freedom truly lie—in Finn, who has no connections to her past, or Jesse, who has just asked her to run away with him.

Note that Pieces can stand on its own. Yes it’s a sequel and if read together with The Breakaway the overall story has added depth, but you do not have to have read The Breakaway for Pieces to make sense.
Companion to: 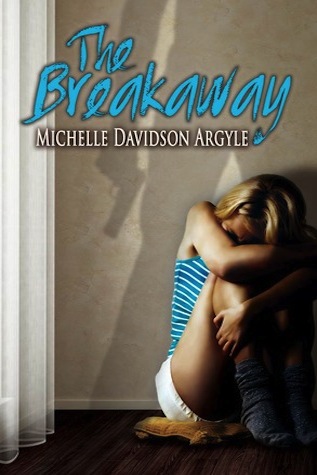 When Naomi Jensen is kidnapped, it takes her parents two days to realize she’s missing. Escape isn’t high on her list of priorities when all she has to return to is an abusive boyfriend and parents who never paid much attention to her. For the first time in her life she’s part of a family-even if it is a family of criminals. But she’s still a captive. In a desperate attempt to regain some control in her life, Naomi embarks on a dangerous plan to make one of her kidnappers think she’s falling in love with him. The plan works too well, and when faced with the chance to escape, Naomi isn’t sure she wants to take it.

Cover Reveal:
I am organizing a cover reveal for Pieces by Michelle Davidson Argyle, a YA contemporary and companion/sequel to The Breakaway. The cover reveal is scheduled for November 5th, 2012.  If you would like to participate in this cover reveal, please FILL OUT THIS FORM. An email will be sent to you with the posting information 2-3 days before the reveal.
I will also be organizing a blog tour for mid February, the sign ups will open the day of the cover reveal.

One Response to “Cover Reveal Sign Up: Pieces (The Breakaway, #2) by Michelle Davidson Argyle”