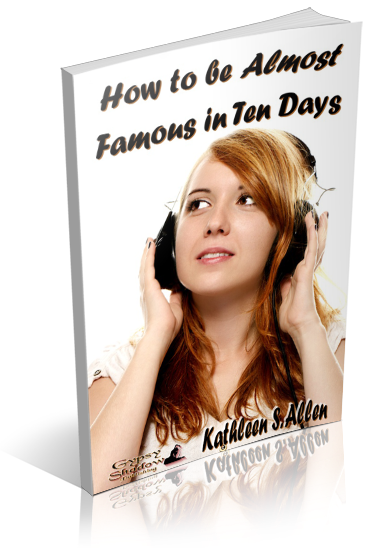 Seventeen-year-old Cassie Cee feels invisible because she’s a double-digit size. She finds a book in a secondhand bookstore that she hopes will change her life. Her best friend’s brother wants to make vlogs about how she is following the ten rules she found in the book, why she is doing it, and how she feels about being invisible for his school project. She agrees, but only if he promises no one but his college advisor will see the vlogs. He promises, but a friend of his posts them online and they go viral. When one of the “famous rules” puts her best friend, Rachel in a dangerous situation, Cassie makes one last vlog and Chuck posts it online. But emails begin arriving from other girls who have felt invisible, and she realizes she has to own up to being “the real Cassie Cee.”

How to Be Almost Famous in Ten Days Book Trailer: 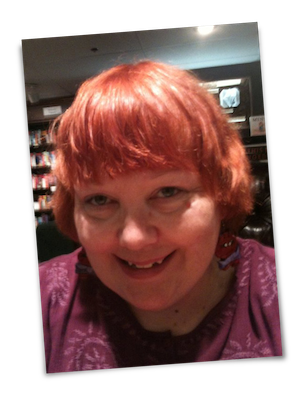 Kathleen has been writing since she was eight years old when she self-published her first book. Okay, she hand-copied her poems onto plain white paper, paper punched three holes in the sides, made an orange and blue “book jacket” and threaded red ribbon through the holes that she tied with a bow. Ta Dah! Her first book! She’s been writing ever since. She writes in different genres but YA is her favorite.