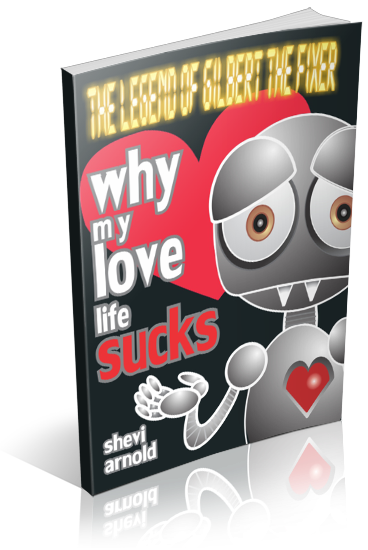 Gilbert Garfinkle is the ultimate tech geek. He has a compulsive need to take apart, figure out, and fix things; and he dreams of one day fixing the world. But a funny thing happens on the way to the future. Gilbert encounters the one thing he’ll never be able to figure out: a gorgeous, teenage vampire girl named Amber, who wants to turn Gilbert into her platonic BFF–literally forever! This leaves the ultimate geek pondering life’s ultimate question: “Why me?” 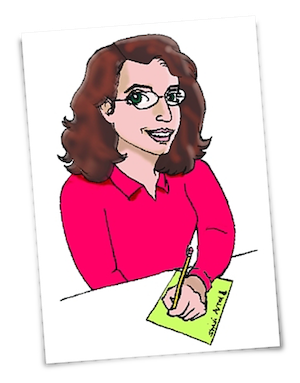 Shevi Arnold writes funny. She can’t help it. She’s been writing funny since she was a kid, cracking up her class and her teachers with her humorous essays.

In high school she studied sitcoms when she was supposed to be doing her homework, and in college she took a couple of courses in comedy and clowning, as part of her degrees in English Literate and Theater Studies. She just had to find out what made something funny.

Eventually she cracked the code, and that led to jobs as a political cartoonist, a comic-strip magazine editor, and an arts-and-entertainment writer specializing in children’s entertainment and, of course, comedy.

May 2nd
–Spiced Latte Reads
–The Next Chapter

3 Responses to “Tour: Why My Love Life Sucks by Shevi Arnold”