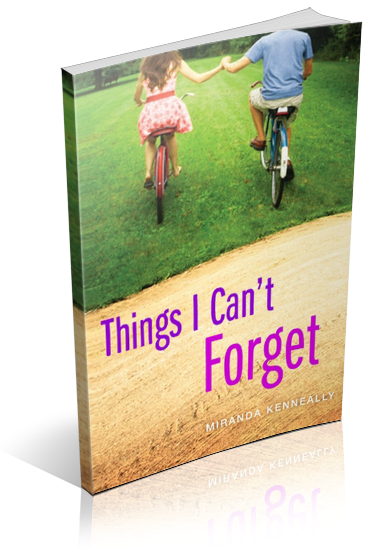 Kate has always been the good girl. Too good, according to some people at school—although they have no idea the guilty secret she carries. But this summer, everything is different…

This summer she’s a counselor at Cumberland Creek summer camp, and she wants to put the past behind her. This summer Matt is back as a counselor too. He’s the first guy she ever kissed, and he’s gone from a geeky songwriter who loved The Hardy Boys to a buff lifeguard who loves to flirt…with her.

Kate used to think the world was black and white, right and wrong. Turns out, life isn’t that easy…

Read an Excerpt:
Sketch #323
What Happened on April 6th

I drag my pencil down the paper, drawing tears rolling from her eyes.

Girls like me sing in the church choir. Every spring break, I go on mission trips to Honduras, where we renovate houses for the underprivileged. I do all my homework every night, and before I go to bed, I kiss Daddy’s cheek and tell him I wish he’d go to the doctor about his blood pressure and start getting more exercise than walking Fritz and scooping his poop.

I’ve only kissed one boy my entire life.

Emily called that day, crying. “Kate,” she said between sobs. “You can’t tell anyone. Not even your mom.”

I drove to Wal-Mart two towns away, over in Green Hills, so no one would see me buying the test. I trembled as I carried the box to the self-checkout lane. I scanned, bagged and paid, and bit back tears, because my best friend of fifteen years – since we were three years old – might have accidentally gotten pregnant by her long-time boyfriend.

I didn’t even know they had had sex. It’s not something they would tell. If anyone found out that Jacob, son of Brother Michael – our preacher at church – got a girl pregnant out of wedlock? Chaos.

It wouldn’t look good for Emily either. She’s like me. Always wears clean T-shirts and none of her jeans have holes or loose strings. She would never even think about smoking a cigarette. She doesn’t go over the speed limit. She plays the violin and has a scholarship lined up to attend Belmont University in Nashville.

But Emily made a mistake.

I use my black coloring pencil to shade her hair. My red pencil fills in her lips, turned upside down in a frown.

And then I made an even bigger mistake: I helped her.

I haven’t been to Cumberland Creek Camp since I was eleven, since I was a camper. Now I’m eighteen, a high school graduate. I’m someone who has no business being a camp counselor, that’s for sure. I can’t start fires. I can’t tell poison ivy and poison oak apart. And since I tipped over in the Cumberland River sophomore year, canoes and I have had a serious love-hate relationship.

But my friendship bracelet-making skills are first-rate, so my church – Forrest Sanctuary, nominated me to be the camp arts and crafts instructor. I never would’ve agreed if Emily hadn’t been nominated to be a counselor as well.

“It’ll be a great summer!” she’d said. “We’ll meet new people and get to hang out by the lake and make s’mores and go creek-stomping together. Like when we were eight!”

I need the money for college and it’s too late to find a job anywhere else in this economy and I figure if I do this for the church, maybe God will think about forgiving me for what I’ve done.

Back in the day, the Chickasaw Indian tribe believed that this land – these mountains in Tennessee – were where heaven meets the earth, and lots of locals say God often communicates to people here. Through signs. Through visions.   Through just feeling closer to Him. When I was little, it was always the talk of camp. Would God speak to anyone this year? I remember hearing a rumor about how a counselor had this deep feeling she needed to go see her boyfriend. So she drove away from camp and made it to his house just in time to find he’d slipped and fallen down the stairs and was bleeding heavily from his head. He lived, thanks to the sign.

Everyone wants a sign at some point, and this summer I need one more than ever.

I park my car along the tree line beside the basketball court and make my way up the trail, past the cedar and oak trees, keeping a watch out for copperheads and black widow spiders. Last time I was here, a deer tick bit me and burrowed into my skin. Two weeks later, I had a rash the shape of a dartboard stretching across my pale stomach. Everybody wanted to see it. And I mean everybody. Even Will Whitfield. But when you’re eleven, you don’t pull your shirt up for anybody except your mom and the doctor.

Anyway, the whole reason I’m thinking about Will Whitfield is because I see him standing in front of the camp director’s cabin, along with the other counselors. The cabin’s name is Great Oak, because camp is divided into two lands: Birdland and Treeland, and all the cabins are named accordingly. Cardinal, Redwood, Wren. My favorite cabin is White Oak because it’s nestled up in the hills overlooking the lake and it’s closest to the Woodsong Chapel, my favorite place. Emily and I made a lot of good memories here, memories that I hoped would continue this summer. But this job doesn’t pay much – not enough for her to rent an apartment in Nashville.

Her parents kicked her out of the house after they found out about the abortion.
They said they’d pray for her soul.

I hope they’re praying for my soul too.

A guy wearing no shoes is staring at me.

Boys don’t usually stare. Except for Bruce Wilson, captain of my high-school math team, and he hardly counts because I never wanted to return his stares.
Shoeless Boy is beautiful. His tan face is kind and maybe a bit mischievous. A red bandana keeps his dirty blond hair in check. His khaki shorts reach his knees and sunglasses hang off the collar of his black T-shirt. He’s carrying a guitar case and has a laundry basket full of clothes under the other arm.
He sets the guitar down and waves. I wave back. He grins, and my knees feel kinda wobbly.

He reminds me of someone…

Companions to Things I Can’t Forget: 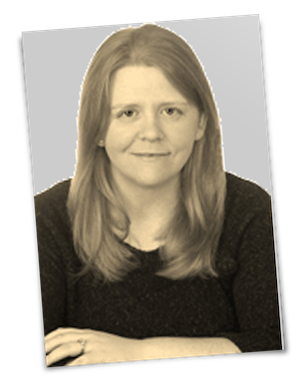 Growing up in Tennessee, Miranda Kenneally dreamed of becoming an Atlanta Brave, a country singer (cliché!), or a UN interpreter. Instead she writes, and works for the State Department in Washington, D.C., where George W. Bush once used her shoulder as an armrest. Miranda loves Twitter, Star Trek and her husband.

▪Stuck in YA Books (Review + Interview)

March 19th
▪Some Like It Paranormal (Review + Interview)
▪YA Aholic (Review)

One Response to “Tour: Things I Can’t Forget by Miranda Kenneally”