She has no name.

She has her knives; her training; her halo.

When a newly-named Kit escapes the Sanctuary after killing her best friend, the last thing she needs is another knife in her hand. Or Ryka, the damaged, beautiful blonde boy, who she refuses to let save her. Still learning how to process the onslaught of her new feelings, the sights and sounds of Freetown are overwhelming and strange. There are a hundred differences between her old home and her new one, but one thing remains starkly similar: the matches. Yet where the blood in the Sanctuary landed only on the colosseum floor, Kit will quickly learn that a river of red runs through Freetown’s very streets.

Freed from the oppression of a society who stole her right to feel, the true horror of her old life leaves Kit wondering if she really has been freed at all. Would she be better off without the crippling horror of all the blood on her hands, or is the love of one boy worth living through all the pain?

Raksha is the call of the dead. It is the rumbling chant for fresh blood from the other side, the demand for sacrifice. The colosseum is behind Kit. The fighting pits await. 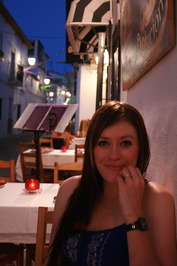 The Cover Reveal:
I’m organizing a cover reveal for Raksha by Frankie Rose–the first in her YA Dystopian series. The reveal is scheduled for Thursday, January 3rd, 2013 (at or after 12:01am EST). If you want to participate in this reveal, FILL OUT THIS FORM.
The cover will be emailed to all participants 2-3 days before the reveal.
Contact us!
Join our Email List!
Join our Master List!
Open Giveaways!