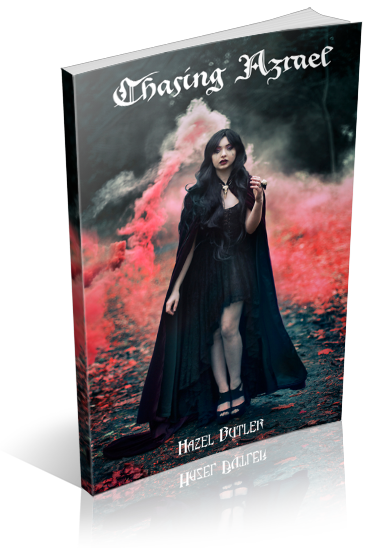 When Andee Tilbrook’s husband died, her preoccupation with death turned to obsession. Thanks to her unique ability to commune with the dead, her husband remains all too close, yet never close enough.

Mired in grief, she clings to James’s spirit, slowly losing touch with the world, her friends, and any desire to continue living. But when her friend Josh becomes the target of Natalya, a jealous, capricious and violent Russian beauty, Andee somehow finds the strength to free herself from her misery long enough to help him.

They soon discover that Natalya is wanted by the police for her involvement in a series of grisly murders, and Andee is dragged into the inquiry by the same man who investigated her own husband’s death. Torn between new feelings for Josh, and fear that he might be involved in the murders that seem to threaten anyone who comes close, Andee must face the realities of her life, her past, and her very nature-and do it all in time to save her own life.

Hazel is an author, artist and archaeologist from Cheshire, England. She is currently in the final year of her PhD, which focuses on Gender Dynamics in Late Iron Age and Early Medieval Britain. She has two archaeological papers published in international journals, as well as several research papers published through Bangor University and the University of Vienna.

Hazel has also published Out of the Dark (an edited volume of Gothic art work, showcasing over thirty artists from around the world), All the Night-Tide (a collection of Gothic/Steampunk fusion short stories based on the poems of Edgar Allan Poe), and ‘Grave’, a short story included in Willow, Weep No More, a fairy tale anthology giving female characters more agency in their roles. Her new novella, Bleizgeist, is a Dark Fantasy tale about a young woman’s isolation and social ostracism due to her unique magical abilities, and her struggle to accept her true nature.