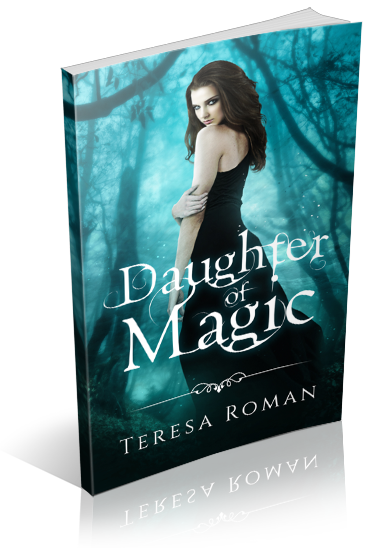 Lilli sees things no one else does.

Desperate to make sense of the dreams and visions that have plagued her since childhood, Lilli confides in Devin, her closest friend, and the boy she’s fallen for.

Instead of questioning her sanity, Devin confesses to secrets of his own, which are far darker. His revelations about magic, witches and demons stun Lilli. But it’s what he knows about Lilli’s mother, long believed to be dead, that leaves her feeling betrayed. Despite her anger, Lilli will have to learn to trust Devin again, because he is the only one who can protect her from a dark danger that’s coming for her from a world away.

I am organizing a book blitz for Daughter of Magic by Teresa Roman, a YA Urban Fantasy novel. The blitz will run from March 15th to March 20th, 2016, you can post on any day during this window. There will be excerpts and Q&As available for your post, and every participant will be able to post the blitz-wide giveaway (incl gift card + signed copy) if you wish – giveaway prizes courtesy of author. Social media sites are welcome.

An email with the complete post info including promo items and giveaway details will be sent to all participants on March 11th.
HTML will also be provided.