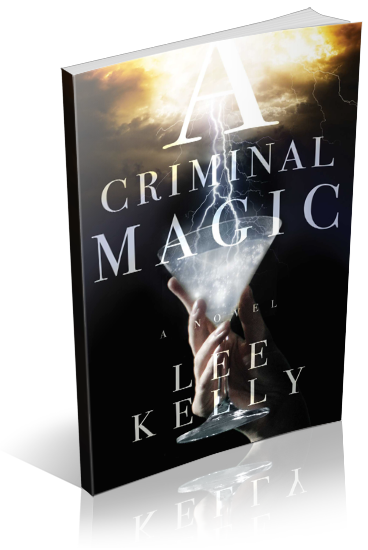 Magic is powerful, dangerous and addictive – and after passage of the 18th Amendment, it is finally illegal.

It’s 1926 in Washington, DC, and while Anti-Sorcery activists have achieved the Prohibition of sorcery, the city’s magic underworld is booming. Sorcerers cast illusions to aid mobsters’ crime sprees. Smugglers funnel magic contraband in from overseas. Gangs have established secret performance venues where patrons can lose themselves in magic, and take a mind-bending, intoxicating elixir known as the sorcerer’s shine.

Joan Kendrick, a young sorcerer from Norfolk County, Virginia accepts an offer to work for DC’s most notorious crime syndicate, the Shaw Gang, when her family’s home is repossessed. Alex Danfrey, a first-year Federal Prohibition Unit trainee with a complicated past and talents of his own, becomes tapped to go undercover and infiltrate the Shaws.

Through different paths, Joan and Alex tread deep into the violent, dangerous world of criminal magic – and when their paths cross at the Shaws’ performance venue, despite their orders, and despite themselves, Joan and Alex become enchanted with one another. But when gang alliances begin to shift, the two sorcerers are forced to question their ultimate allegiances and motivations. And soon, Joan and Alex find themselves pitted against each other in a treacherous, heady game of cat-and-mouse.

A CRIMINAL MAGIC casts a spell of magic, high stakes and intrigue against the backdrop of a very different Roaring Twenties.

I am organizing a book blitz for A Criminal Magic by Lee Kelly, a YA Historical Fantasy novel. The blitz will run from May 9th to May 13th, 2016, you can post on any day during this window. There will be Q&As and guest posts available for your post, and every participant will be able to post the blitz-wide giveaway (incl signed copy & more) if you wish – giveaway prizes courtesy of author. Social media sites are welcome.

An email with the complete post info including promo items and giveaway details will be sent to all participants on May 5th.
HTML will also be provided.