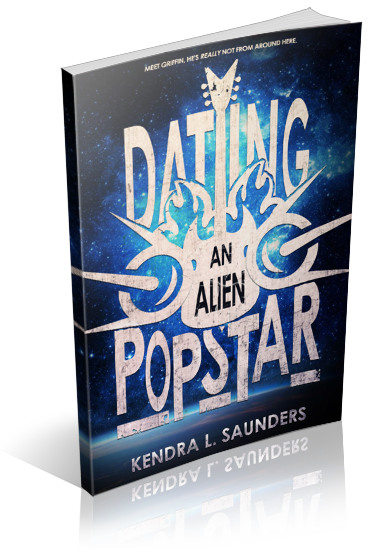 Daisy Kirkwood has only just escaped her small-town life and run away to New York City, the land of last-minute secret gigs at famous musical venues, when she’s kidnapped by aliens. Unfortunately, no one ever writes about how to handle alien abduction in those fancy NYC guidebooks.

Griffin and Dev are supermassively sexy aliens from a politically and environmentally troubled planet who arrive on Earth with very little knowledge about human ways other than what they learned from a wayward E! News signal. Their mission is to pretend to be the most influential people on the planet—English pop stars, of course!—and gain the help of a powerful secret society. Upon arriving, they abduct Daisy Kirkwood, a nerdy young woman who loves music but could seriously use a bit of help in the love-life department. Though Griffin and Daisy initially squabble, neither can deny the intergalactic sparks whenever they’re too close to each other. Together, they must face murderous aliens, cultural misunderstandings, bad backup musicians, and the dark side of fame and the media, all set against a tight deadline…

I am organizing a release week blitz for Dating an Alien Pop Star by Kendra L. Saunders, an adult Chick-Lit / SciFi Romance / Romantic Comedy novel. The blitz will run from June 7th to June 11th, 2016, you can post on any day during this window. There will be excerpts available for your post, and every participant will be able to post the blitz-wide giveaway if you wish – giveaway prize courtesy of publisher. Social media sites are welcome.