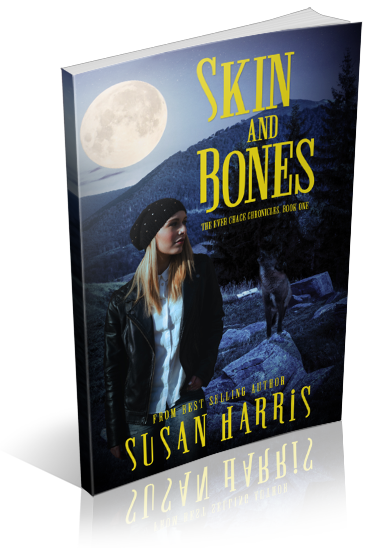 Teens are turning up dead, and it will take a special team to catch a killer.

Derek Doyle has been a member of the Paranormal Investigations Team since the monsters revealed themselves to the world. Considering that he thinks a monster is needed to catch a monster, he’s definitely in the right place. As a lone wolf not used to letting many people in, neither man nor beast was prepared for the effect consultant Dr. Ever Chace has on them.

Growing up human in a world of supernatural creatures, Dr. Ever Chace has always felt a need to be special, to stand out. When asked to consult on a case where teens are being brutalized, she relishes the chance to make a difference and help stop a monster. But working alongside a wolf who she’s so drawn to could be the beginning of something Ever might never have envisioned.

Fate and Destiny have a funny way of creeping up on you when you least expect it. With a murderer on the loose, Ever and Derek will have to put their attraction to one another aside while the hunt continues.

I am organizing a release week blitz for Skin and Bones by Susan Harris, an Adult Paranormal Romance novel. The blitz will run from June 7th to June 11th, 2016, you can post on any day during this window. There will be excerpts available for your post, and every participant will be able to post the blitz-wide giveaway if you wish – giveaway prizes courtesy of publisher. Social media sites are welcome.