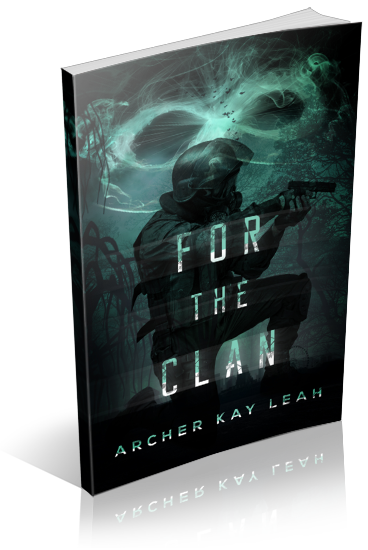 Canada, 2165 AD. The Water Wars and a decimated economy have taken their toll. Anyone who doesn’t live in a military-patrolled metropolis lives in a clan. But being in a clan doesn’t mean safety.

And for a Ven like Roan Lee, it doesn’t matter where he lives. Safety is a luxury. So is freedom.

Roan is desperate to escape the governtary’s exploitation and torture. He is nothing to them but 54σK1, an artifact born from a genetic mishap. When the chance to escape arises, he makes a run for it—and encounters the lover from his past, twisting his future into a second chance he never expected.

As leaders of Clan Teach, Jace Ama and his wife, Cayra Diega, have enough difficulty keeping their people safe. When Roan is thrown to their feet as a prisoner, their marriage becomes an additional challenge. Jace still loves Roan, but where does that leave Cayra?

Archer Kay Leah was raised in Canada, growing up in a port town at a time when it was starting to become more diverse, both visibly and vocally. Combined with the variety of interests found in Archer’s family and the never-ending need to be creative, this diversity inspired a love for toying with characters and their relationships, exploring new experiences and difficult situations.

Archer most enjoys writing speculative fiction and is engaged in a very particular love affair with fantasy, especially when it is dark and emotionally charged. When not reading and writing for work or play, Archer is a geek with too many hobbies and keeps busy with other creative endeavors, a music addiction, and whatever else comes along. Archer lives in London, Ontario with a same-sex partner and their cat.