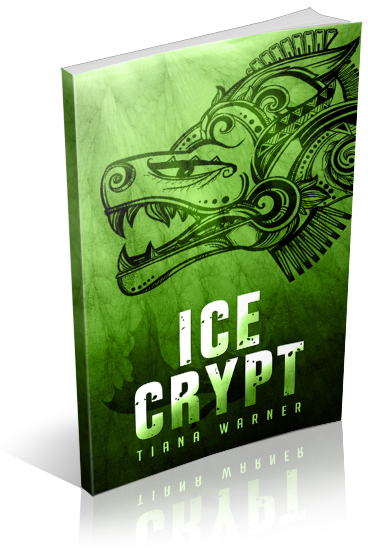 Meela has just returned from the Massacre—the annual attempt to wipe out the mermaids threatening her people’s survival. After forming an unlikely connection with Lysi, a mermaid she was trained to kill, Meela is determined to stop the war between humans and merpeople for good. She knows of a legendary weapon that could bring peace if she uses it against King Adaro, ruler of the Pacific Ocean. But her people have plans for future Massacres and refuse to help her uncover it.

While Meela works in secret to unearth the Host of Eriana, Lysi is held captive under Adaro’s tyranny. Sent to the battlefront, Lysi joins forces with a band of rebels that could either bring her freedom—or have her executed for treason.

Separated by the vast Pacific Ocean, Meela and Lysi must find a way to defeat King Adaro and end the war that has been keeping them apart.

I am organizing a release week blitz for Ice Crypt by Tiana Warner, a YA Fantasy novel. The blitz will run from July 25th to July 29th, 2016, you can post on any day during this window. There will be an excerpt and guest post available for your post, and every participant will be able to post the blitz-wide giveaway (incl signed copy, gift card & more) if you wish – giveaway prizes courtesy of author. Social media sites are welcome.

· Leather and Lace by Magen Cubed
· Betrayed by Jacklyn Daher
· Who's Afraid of the Big Bad Wolf? by Janie Marie
· Smoke Screen by K. Nilsson