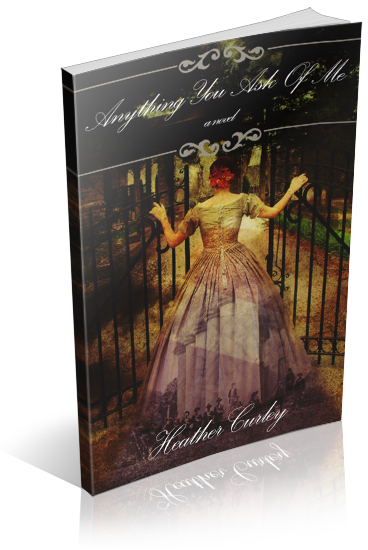 Although her home state of Maryland hasn’t sworn allegiance to either Union or Confederacy, twenty-two-year-old Elizabeth Archer’s life is shattered. Her father has fled North, abandoning the household. The man she loved—and who married her sister instead— is killed in battle. Elizabeth’s life of parties and societal obligations dwindles down to isolation and too many empty hours; hours to mourn the man who gave her up to chase an inheritance.

She meets Confederate general Jeb Stuart by chance and, in an instant, she’s the center of his attention.

As commander of the Army of Northern Virginia’s cavalry division, General Stuart doesn’t ask, he orders. The attraction seems mutual and, flattered by his affection, Elizabeth agrees to spy for the Confederacy. She’s Stuart’s La Belle Rebelle, the Beautiful Rebel; the siren of the south. She’s notorious in the Union and lauded in the Confederacy. And she’s falling in love with him.

Notoriety, however, is a spy’s worst enemy. Now pursued by a Federal officer tasked to stop her at any cost, Elizabeth faces the sentence of hanging if she’s convicted of treason against the Union. Devoted to a cause she doesn’t believe in and with Federal blood on her hands, Elizabeth must save herself—or die a traitor.

Time is running out. And no one, not even La Belle Rebelle, can outrun the war.

I am organizing a release week blitz for Anything You Ask Of Me by Heather Curley, a New Adult Historical Fiction. The blitz will run from September 19th to September 23rd, 2016, you can post on any day during this window. There will be excerpts available for your post, and every participant will be able to post the blitz-wide giveaway if you wish – giveaway prize(s) courtesy of author. Social media sites are welcome.