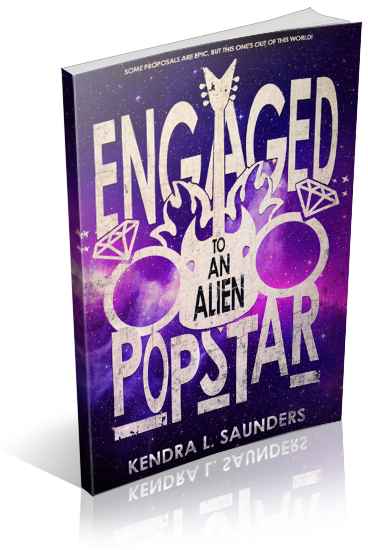 Daisy Kirkwood and her best friend Kammie have adjusted to life on an alien planet pretty well, all things considered. And thanks to Daisy’s alien pop star boyfriend, Griffin Valentino, she has plenty of sexy new experiences to keep her busy. But it’s not possible to take a massive music nerd away from her home planet and not expect her to pine for a concert or a record store at least in once in a while.

Heading back to Earth with Griffin and his best friend Dev for a brief but much-needed visit, the girls want nothing more than to catch up on the underground music scene of New York City. Unfortunately, thanks to Griffin’s less-than-stellar space traveling skills, they accidentally pick up a hitchhiker. Or three hundred. Their many-legged stowaway beasties take up residence in the darkest, creepiest corners of Manhattan, leaving the gang no choice but to experience a very different underground than they bargained for.

Giant alien bugs aside, Griffin has some epic plans of his own for their trip, plans that involve a concert, an album… and the most outrageous marriage proposal that Earth has ever seen.

I am organizing a release week blitz for Engaged to an Alien Pop Star by Kendra L. Saunders, an 18+ Science Fiction Romance / Romantic Comedy novel. The blitz will run from November 27th to December 3rd, 2016, you can post on any day during this window. There will be excerpts available for your post, and every participant will be able to post the blitz-wide giveaway if you wish – giveaway prize(s) courtesy of publisher. Social media sites are welcome.

An email with the complete post info including promo items and giveaway details will be sent to all participants on November 23rd.
HTML will also be provided.