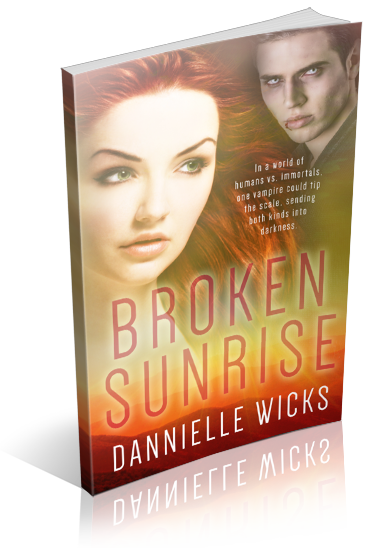 Dylan Lanter awakens in a dark alleyway with no memory of how he came to be there, or who he even is…

Dazed and disoriented, he’s taken captive by a group called the Clann. At first he doesn’t understand why, but it soon becomes clear that the Clann is an ancient band of vampire hunters…and he has become their prey.

The daughter of the Clann’s leader, Miya Young, is intrigued by the new addition to the prison…

He isn’t the bloodthirsty creature of the night she has been trained to kill. Dylan is kind, and scared, and nothing like the vampires her family hunts and destroys. They begin an odd friendship, one hidden in the shadow of night. But as they grow closer, so does an undead army of Crows.

Years ago, the leader of the Crows, an evil man named Corvo, murdered Miya’s father in cold blood…

His act became the catalyst for an all-out war between the two groups, and Miya has been fighting for her vengeance ever since. So when it becomes clear the Crows are after Dylan, Miya begins to plot their downfall with the new vampire’s help.

Can Dylan get over his broken past and work with Miya to save the Clann from an army of the undead? Or will he be forced to make a choice that could lead them both into the hands of the Crows?

You can now request a review copy of Broken Sunrise by Dannielle Wicks, a YA Paranormal Romance novel. While this is part of a series, each book is a standalone in the same world. Reviews should be posted by May 15th. Review copies are available in Mobi or PDF format.