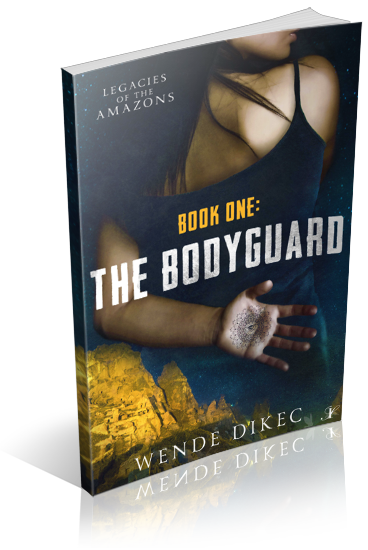 Descended from a secret race of Amazon Warriors, Ana Thermadosa is not like other girls. As a student at Artemis Academy, the training grounds for a mysterious company called Cerberus Enterprises, Ana has spent her life learning what is important. How to fight, how to win, how to kill, and, mostly importantly, how to follow orders and live up to the expectations of her powerful family.

Trained in the art of warfare since birth, now her skills are being put to the test. She’s been hired to defend Jordan Banks, the wealthy son of a nefarious businessman, from kidnappers.

She despises Jordan and all he stands for, but soon comes to realize that many things in the outside word aren’t as she’s been led to believe. She also discovers Jordan isn’t what she expected, and, against her better judgment, finds herself starting to care for him.

I am organizing a release week blitz for The Bodyguard by Wende Dikec, a YA Fantasy/Mythology novel. The blitz will run from May 2nd to May 6th, 2017, you can post on any day during this window. There will be excerpts available for your post, and every participant will be able to post the blitz-wide giveaway if you wish – giveaway prize(s) courtesy of author. Social media sites are welcome.

An email with the complete post info including promo items and giveaway details will be sent to all participants on April 28th.
HTML will also be provided.