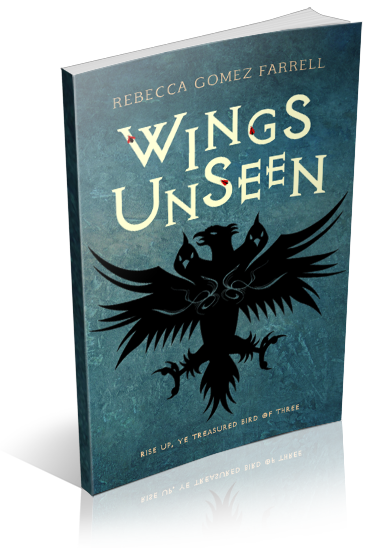 To end a civil war, Lansera’s King Turyn relinquished a quarter of his kingdom to create Medua, exiling all who would honor greed over valor to this new realm on the other side of the mountains. The Meduans and Lanserim have maintained an uneasy truce for two generations, but their ways of life are as compatible as oil and water.

When Vesperi, a Meduan noblewoman, kills a Lanserim spy with a lick of her silver flame, she hopes the powerful display of magic will convince her father to name her as his heir. She doesn’t know the act will draw the eye of the tyrannical Guj, Medua’s leader, or that the spy was the brother of Serrafina Gavenstone, the fiancèe of Turyn’s grandson, Prince Janto. As Janto sets out for an annual competition on the mysterious island of Braven, Serra accepts an invitation to study with the religious Brotherhood, hoping for somewhere to grieve her brother’s murder in peace. What she finds instead is a horror that threatens both countries, devouring all living things and leaving husks of skin in its wake.

To defeat it, Janto and Serra must learn to work together with the only person who possesses the magic that can: the beautiful Vesperi, whom no one knows murdered Serra’s brother. An ultimate rejection plunges Vesperi forward toward their shared destiny, with the powerful Guj on her heels and the menacing beating of unseen wings all about.

Readers of all ages will enjoy Wings Unseen, Rebecca Gomez Farrell’s first full-length novel. It is a fully-imagined epic fantasy with an unforgettable cast of characters. 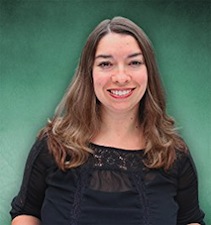 Rebecca Gomez Farrell writes all the speculative fiction genres she can conjure up. An associate member of the Science Fiction and Fantasy Writers of America, Becca’s shorter works have been published by the Future Fire, Beneath Ceaseless Skies, Typehouse Literary Magazine, and Pulp Literature among other outlets. She is thrilled to have Meerkat Press publish her debut fantasy novel, Wings Unseen, in August 2017.

Her food and drink blog, theGourmez.com, has garnered multiple accolades and influences every tasty bite of her fictional worldbuilding. In the past, she has also contributed her photography skills and commentary to her love of General Hospital, which has been in her blood since the womb. She credits soap operas for heightening her fiction’s romantic elements and appreciating the layers generational history can add to her work.

Becca lives in Oakland, CA, with her tech wizard husband and two trickster cats. If this writing gig doesn’t work out, becoming a tour guide is next. RebeccaGomezFarrell.com.