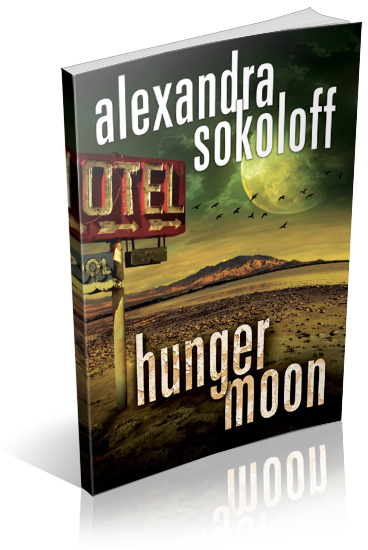 Revenge has no limits.

Special Agent Matthew Roarke has abandoned his rogue search for serial killer Cara Lindstrom. He’s returned to the FBI to head a task force with one mission: to rid society of its worst predators. But as the skeletal symbols of Santa Muerte, “Lady Death,” mysteriously appear at universities nationwide, threatening death to rapists, Roarke’s team is pressured to investigate. When a frat boy goes missing in Santa Barbara, Roarke realizes a bloodbath is coming—desperate teenagers are about to mete out personal, cold-blooded justice.

Hiding from the law, avenging angel Cara Lindstrom is on her own ruthless quest. She plans to stay as far away from Roarke as possible—until an old enemy comes after both her and the FBI, forcing her back into Roarke’s orbit. This time, the huntress has become the hunted . . .

I am organizing a pre-order blitz for Hunger Moon by Alexandra Sokoloff, an Adult Mystery/Thriller novel. The blitz will run from July 25th to July 30th, 2017, you can post on any day during this window. There will be excerpts available for your post, and every participant will be able to post the blitz-wide giveaway ($25 gift card) if you wish – giveaway prize courtesy of author. Social media sites are welcome.