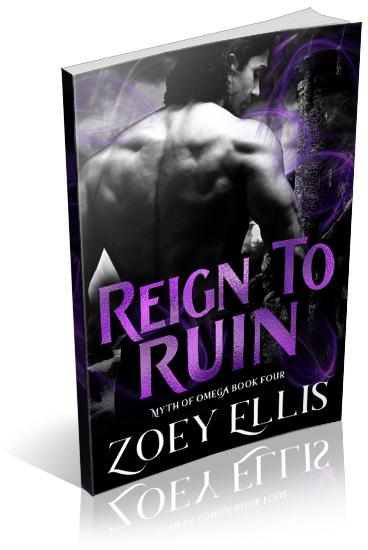 He will ruin her – until she knows nothing but him

Corruption and sadism plague every corner of his kingdom. He remains in the center of it all; a handsome, charming, master manipulator.

Furious at the knowledge that rare Omegas hide in his castle, King Malloron uses magic and deception to draw one out.

Striking a deal with her that he knows he will not honor, they begin an exchange of wits that intrigues him much more than it should.

He forces her into the depravities of his dark world, determined to destroy her and use her for his own ends, only to find that he may not be the only one with the power to ruin.

Trained to deal with the devious and treacherous people of the kingdom, Amara never anticipated tackling the biggest deceiver of them all.

Desperate for his secrets, she has to be willing to be corrupted, dominated and shattered to get to the truth, but is soon horrified to learn that King Malloron’s reign goes deeper than just his kingdom; he rules her instincts too.

Reign To Ruin is an explicit reading experience from sexual scenes to language. Includes disturbing situations and romance of a dark nature. For readers aged 18 and over.

I am organizing a release week blitz for Reign to Ruin by Zoey Ellis, an 18+ Dark Fantasy/Paranormal Romance novel. The blitz will run from July 16th to July 20th, 2018, you can post on any day during this window. There will be excerpts available for your post, and every participant will be able to post the blitz-wide giveaway if you wish – giveaway prize(s) courtesy of author. Social media sites are welcome.

An email with the complete post info including promo items and giveaway details will be sent to all participants on July 13th.
HTML will also be provided.