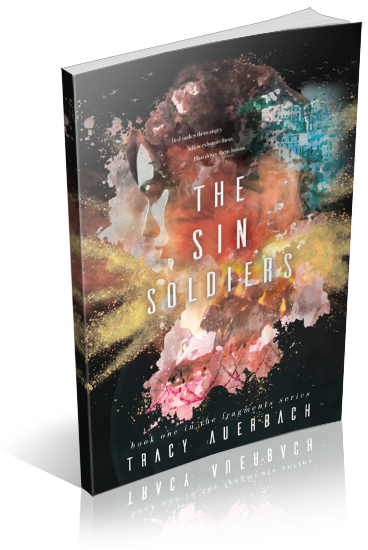 Red compound makes them angry. Yellow exhausts them. Blue drives them into a state of ravenous addiction. The thief Kai knows about the chemically controlled soldiers of the Eastern forces and their savage, deadly nature. When a robbery attempt at Club Seven goes wrong, Kai is captured by a handler and his bestial soldier-boy. She wakes up inside the military base with no idea what happened to her twin brother, Dex.

Things go from bad to worse when Kai is started on a drug and training regimen, and forced to take injections of blue compound. The scientists in charge plan to make her into a working soldier who will mine the mysterious power crystals beneath the desert. Kai becomes a victim of the bully Finn, a handsome but nasty soldier whose years on red compound seem to have erased his humanity. Still, she begins to pity the Seven Soldiers, including the monstrous boy who tried to rip her to shreds at the club. They appear to be nothing more than genetically enhanced, drug-controlled teenagers.

On the outside, Dex and his tech-savvy boyfriend try to crack the soldiers’ chemical code to find a weakness that will break the system. But Kai has already been drawn deep into her new world. Strong feelings for the soldiers she’s come to know have started to cloud her judgment. Can she escape and find Dex without becoming a monster herself?

I am organizing a release week blitz for The Sin Soldiers by Tracy Auerbach, a YA Sci-fi/Fantasy novel. The blitz will run from July 18th to July 23rd, 2019, you can post on any day during this window. There will be excerpts available for your post, and every participant will be able to post the blitz-wide giveaway if you wish – giveaway prize(s) courtesy of author. Social media sites are welcome.

An email with the complete post info including promo items and giveaway details will be sent to all participants on July 15th.
HTML will also be provided.