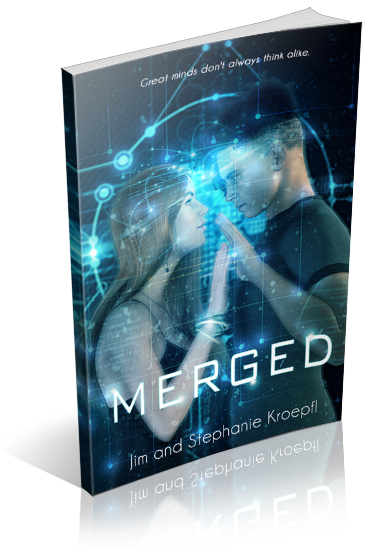 Seven of our country’s most gifted teens will become Nobels, hosts for the implantation of brilliant Mentor minds, in an effort to accelerate human progress.

But as the line between what’s possible and what’s right, draws ever blurrier, the teens discover everything has a cost.

Scientists have created an evolved form of living known as Merged Consciousness, and sixteen-year-old Lake finds herself unable to merge with her Mentor.

Lake, the Nobel for Chemistry and Orfyn, the Nobel for Art, are two from among the inaugural class of Nobels, and with the best intent and motivation. But when Stryker, the Nobel for Peace, makes them question the motivation of the scientists behind the program, their world begins to unravel.

As the Nobels work to uncover the dark secrets of the program’s origins, everyone’s a suspect and no one can be trusted, not even the other Nobels.

As the Mentors begin to take over the bodies and minds of the Nobels, Lake and Orfyn must find a way to regain control before they lose all semblance or memory of their former selves.

I am organizing a release day blitz for Merged by Jim Kroepfl & Stephanie Kroepfl, a YA Sci-fi Romance novel coming from Month9Books. The blitz is on September 17th, you can post at any time on this day. There will be excerpts available for your post, and every participant will be able to post the blitz-wide giveaway if you wish – giveaway prize(s) courtesy of author. Social media sites are welcome.