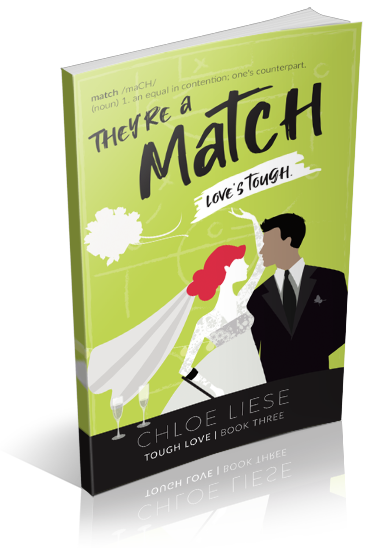 Chemistry calls it covalence. Shakespeare named it the “marriage of true minds.” Historically speaking, Nairne never liked the impractical notion of marriage, and Zed never thought he’d live to see the day when tying the knot was even an option. After a decade of entanglement in the mafia, Zed’s now free to play the game he loves and love the woman who owns his heart.

Problem is, the spitfire’s been a loner her whole life. Independent, self-reliant, and driven. And she wants nothing to do with marriage, since statistically it fails more than it succeeds, which to her scientific mind is the universally acknowledged definition of an experimental bust. But the elemental pull toward matrimony between the sexy scientist and her dark and handsome soccer star is stronger than Nairne anticipates. Can she risk her heart for her perfect match, even if it’s a gamble rather than a sure bet?

In the game of life,

you win some, you lose some.

“And They Lived Happily Ever After” is theirs for the taking,

but for that pesky little word that so often gets overlooked…

Book Three in the Tough Love Series—a  suspenseful romance, full of sexy Italians, feisty heroines, a house full of friends and family, and an ending that closes the chapter on these lovers, and paves the way for new ones.

I am organizing a release week blitz for They’re a Match by Chloe Liese, an 18+ Romantic Suspense novel. The blitz will run from August 5th to August 12th, 2019, you can post on any day during this window. There will be excerpts available for your post, and every participant will be able to post the blitz-wide giveaway if you wish – giveaway prize(s) courtesy of author. Social media sites are welcome. ARCs are also available for blitz participants.

An email with the complete post info including promo items and giveaway details will be sent to all participants on August 2nd.
HTML will also be provided.