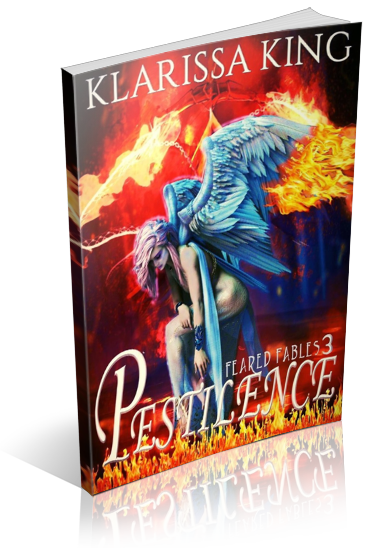 For centuries, Pestilence has tried to fall out of love with Death—the reason for her curse. But with her heart and mind at odds, humanity’s fate doesn’t stand a chance in her cold, grey hands.

Pestilence and Shadow, her trusted steed, walk the earth to deliver plagues upon the humans. But when they wake to a world they don’t recognise, Pestilence must learn to navigate the advanced technology of the humans and evade their interest in her.
It isn’t long until videos of her destruction are spread across the human world.

Soon, Pestilence finds herself with more than just her steed as her shadow. Now, the humans and Death are tracking her to the ends of the earth.
This mission is different. There’s a new Horserider, War, whose bloodthirst can only be matched by Pestilence’s, and he carries with him a past so mysterious that Pestilence suspects he hasn’t come to end just the humans, but her, too.

I am organizing a release week blitz for Pestilence by Klarissa King, a New Adult Fantasy/Retelling anthology. The blitz will run from September 3rd to September 10th, 2019, you can post on any day during this window. There will be excerpts available for your post, and every participant will be able to post the blitz-wide giveaway if you wish – giveaway prize(s) courtesy of author. Social media sites are welcome.

An email with the complete post info including promo items and giveaway details will be sent to all participants on August 29th.
HTML will also be provided.