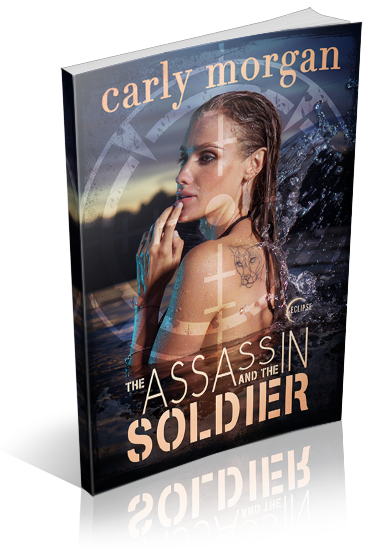 Has she finally met her match?

During a time of political unrest, convicted assassin Kaelia gets a chance to win back her freedom on a reality TV show competition. Released temporarily from prison, the twenty-two-year-old is given fancy digs in a hotel and her very own personal trainer, Callan.

But Kaelia is harboring a secret: she isn’t like other people. Spliced with the DNA of some of the most predatory animals on the planet, Kaelia was grown in a lab as an embryo and possesses heightened strengths and abilities. She’s confident she will win the competition, and can do so without the likes of Callan Merone ‘training’ her.

But Callan, an ex-soldier for the totalitarian political party that imprisoned her, happens to have the very same secret. Eventually fed up with Kaelia’s arrogance and devil-may-care attitude, he turns her over his knee. For the first time in her life, Kaelia realizes there is someone in the world who can overpower her – and the idea is more arousing than she ever thought it could be.

I am organizing a release week blitz for The Assassin and the Soldier by Carly Morgan, an Adult Sci-fi Romance novel. The blitz will run from October 23rd to October 27th, 2019, you can post on any day during this window. There will be excerpts available for your post, and every participant will be able to post the blitz-wide giveaway if you wish – giveaway prize(s) courtesy of publisher. Social media sites are welcome.

An email with the complete post info including promo items and giveaway details will be sent to all participants on October 21st.
HTML will also be provided.