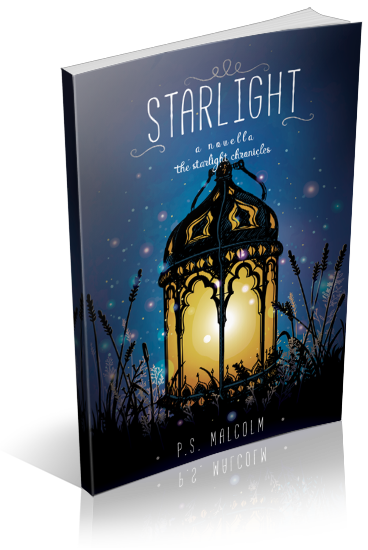 A treaty upholds the peaceful lands of Ersarence— who have suffered from the spilt blood of their humble goddess, Titania, which stains the hands of the ruthless Urenphians.

Julian Rancewood— a small town delivery boy— wishes he could afford to save his dying mother. He never imagined a larger life for himself until he meets Adrina Hesfetter, the village seamstress’s daughter.

After striking a deal with the elusive King’s advisor and joining the royal army, he finds himself helping to search for a missing, unknown heir. Against all odds, Adrina and Julian soon meet again within the palace walls.

When Julian discovers Adrina’s fire magic— an impossibility among non-royals— they uncover a scandalous secret that will cause whispers of a Urenphian rebellion to travel through the kingdom. A thirst for revenge and a passionate romance causes the two villagers to set the events in motion which will bring down the entire Starlight Kingdom.

I am organizing a release week blitz for Starlight by P.S. Malcolm, a YA Fantasy novel. The blitz will run from December 10th to December 14th, 2019, you can post on any day during this window. There will be excerpts available for your post, and every participant will be able to post the blitz-wide giveaway if you wish – giveaway prize(s) courtesy of publisher. Social media sites are welcome. ARCs are also available for blitz participants.

An email with the complete post info including promo items and giveaway details will be sent to all participants on December 6th.
HTML will also be provided.