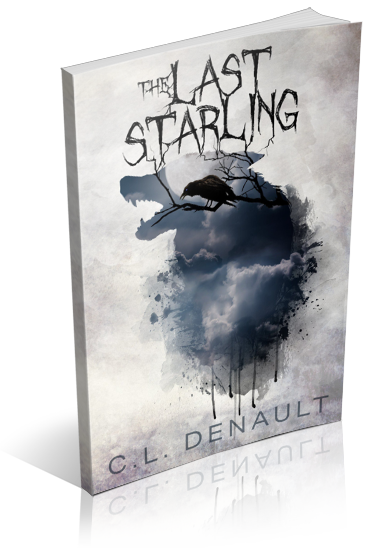 Words of warning haunt Jayce Wakefield’s dreams. He doesn’t believe them any more than he believes in the blue-eyed raven delivering the message. It’s totally absurd. They’re just dreams. He has nothing to worry about.

Jayce’s life revolves around three things: being a senior, worshipping a girl he can’t have, and killing vampires. As a werewolf, his job is to protect the Starling woods. That means taking out any bloodsucker who dares to cross the Boundary. And since his autistic brother can’t handle wolfing out, it’s up to Jayce to keep pack territory safe.

But between the dream-raven, humans going missing, and vampires acting weird, he’s losing his grip on reality. Add to that a runaway in his territory, and he welcomes the distraction. The fact that she won’t talk about herself makes him obsessed with learning about her past. The deeper he digs, though, the more she withdraws. It’s not until her life is threatened that he discovers the truth. Who she is. Why she’s there.

And the sinister darkness headed for them both.

I am organizing a release week blitz for The Last Starling by C.L. Denault, a YA Fantasy/Horror/Paranormal novel. The blitz will run from January 16th to January 20th, 2020, you can post on any day during this window. There will be excerpts available for your post, and every participant will be able to post the blitz-wide giveaway if you wish – giveaway prize(s) courtesy of author. Social media sites are welcome. ARCs are also available for blitz participants.

An email with the complete post info including promo items and giveaway details will be sent to all participants on January 13th.
HTML will also be provided.