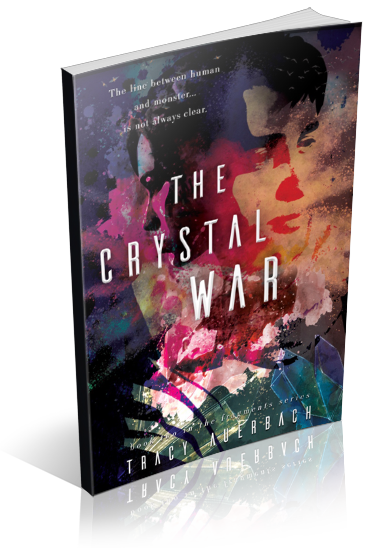 The line between human and monster is not as clear cut as they once thought.

In the weeks since her escape from the hell of the Eastern Fortress, things have grown more complicated for Kai. She cast her lot with her brother’s self-absorbed boyfriend, who controls the Western Army, but she’s been separated from Finn, the soldier who found a place in her heart.

Finn has defaulted to his signature move: he’s run away; afraid of himself, his new feelings for Kai, and all the terrible truths he’s learned.

Tessa is free in the world for the first time, a force to be reckoned with. She’s gone to the far west and the Dome of Artifacts to seek revenge on the system that ruined her life.

The type ‘A’ soldier who was once a friendly boy named Charlie has been restored to factory settings, a weapon for Aric to use.

The Science Council has unleashed new crystal compounds, more toxic and destructive than anything the world has seen. As Kai and her friends struggle with everything that’s been done to them, they will have to find a way to unite and prepare for the fight of their lives.

I am organizing a release week blitz for The Crystal War by Tracy Auerbach, an Adult Urban Fantasy Romance novel. The blitz will run from April 14th to April 18th, 2020, you can post on any day during this window. There will be excerpts available for your post, and every participant will be able to post the blitz-wide giveaway if you wish – giveaway prize(s) courtesy of publisher. Social media sites are welcome.

An email with the complete post info including promo items and giveaway details will be sent to all participants on April 10th.
HTML will also be provided.