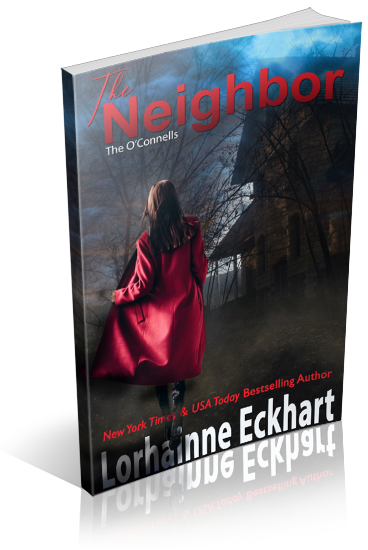 After the devastating loss of her husband, Jenny Sweetgrass packs up her teenage daughter, Alison, and moves to Livingston, Montana, hoping for a fresh start—that is, until Ryan O’Connell knocks on her door.

Park ranger Ryan is one of the six O’Connell siblings in Livingston, raised by an independent mom who has been a rock to him. He has a career he loves, and up until six weeks ago, he lived a comfortable life. When a new neighbor moves in and disturbs the quiet peace of the area, bringing with her a daughter who’s walking trouble, Ryan is shocked to discover that the woman is a one-night stand he picked up at a bar years ago.

Right now, the gorgeous Jenny isn’t too interested in making friends, but despite her cool façade, as Ryan gets to know her, he can’t fight an idiotic need to try to ease the pain he sees her trying to hide. At the same time, he knows deep down that both mother and daughter have a secret, and if he were smart, he would listen to his brother’s warning and walk away.

When Alison goes missing, everyone in town believes she simply ran off or found her way into trouble, but nothing about her disappearance adds up. She simply set out on an afternoon hike into the park and never came back.

Jenny soon learns she’s not alone when Ryan takes matters into his own hands and sets off with her into the park to find her daughter. What he doesn’t know is that Alison is actually his daughter, too, and when he learns the truth and the real reason she left, the secret could end up dividing the O’Connell family and the community.

I am organizing a release week blitz for The Neighbor by Lorhainne Eckhart, an Adult Romantic Suspense novel. The blitz will run from February 17th to February 21st, 2020, you can post on any day during this window. There will be excerpts available for your post, and every participant will be able to post the blitz-wide giveaway if you wish – giveaway prize(s) courtesy of author. Social media sites are welcome.

An email with the complete post info including promo items and giveaway details will be sent to all participants on February 14th.
HTML will also be provided.