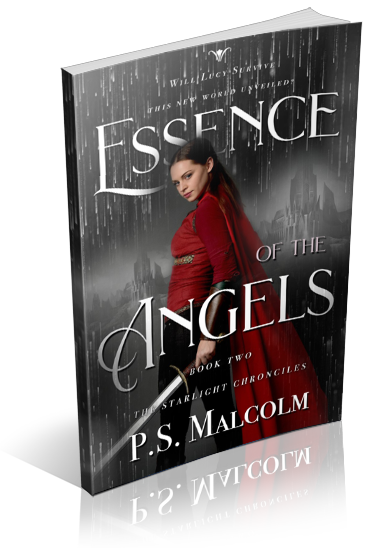 After the Urenphians take over their home, Lucy and her entourage are forced to retreat to the Angel Sanctuary. But with Valarie missing, Lucy is oblivious to the lies and secrets staring her right in the face. After a shocking revelation, she realizes just how much danger she and her friends are in.

Meanwhile, Valarie finds herself in enemy territory. Her newly found Shadow heritage and ties to Reina aren’t the only dark secrets in her past…she may not make it out of Urenphia the same as she once was…

The exciting next installment in The Starlight Chronicles Series will reveal truths to a world they thought they knew—but will they survive?

I am organizing a release week for Essence of the Angels by P.S. Malcolm, a YA Fantasy novel. The blitz will run from March 31st to April 4th, 2020, you can post on any day during this window. There will be excerpts available for your post, and every participant will be able to post the blitz-wide giveaway if you wish – giveaway prize(s) courtesy of author. Social media sites are welcome.

An email with the complete post info including promo items and giveaway details will be sent to all participants on March 27th.
HTML will also be provided.