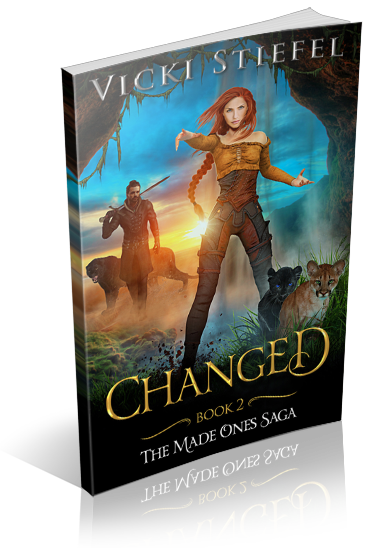 What if you could be young again? Would it be a dream come true or truly a nightmare?

That’s the startling reality retired circus trapeze artist Breena Balážová awakens to on the world of Eleutia in her own re-engineered younger body. For a woman whose death on Earth was inches away, it seems like a second chance at life. But in this parallel world, where horses fly and animals and humans are symbionts, Bree is intended as breeding stock to balance the plummeting female birthrate.

As she searches for her missing sisters, who were pulled to Eleutia with her, Bree also must survive assassination attempts, the growing threat of war, and her unexpected attraction to the arrogant animal Clan Alpha, Gato, a man with terrible burdens and secrets.

The animal Clans join forces to combat a dark conspiracy that will shake the foundations of their world, even as Bree’s search for her sisters grows more desperate and dangerous.

If Bree has any hope of finding her sisters and fulfilling her own destiny, she and Gato must carry out a perilous deception, their success or failure deciding not only their own fate, but that of all Eleutia. 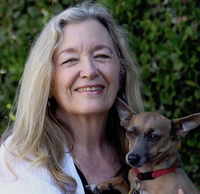 Award-winning author Vicki Stiefel’s romantic-science-fantasy series, The Made Ones Saga, launched with Altered and continues with Changed, out July 13. Vicki is also writing her Afterworld Chronicles, which began with Chest of Bone, the first in the five-book series. Her award-winning mystery/thrillers feature homicide counselor Tally Whyte, and Vicki tapped into her love of knitting to produce Chest of Bone The Knit Collection and co-write 10 Secrets of the LaidBack Knitters.
After running The Writers Studio with her late husband, William G. Tapply, Vicki taught fiction and media writing at Clark University for six years.
She grew up in professional theater and planned to become an actress. Instead, she slung hamburgers, managed a scuba shop, and became a college professor. She’s a mom to two wonderful humans and a furry pack. Her passions for scuba diving, fly fishing, and knitting pop up in her novels, as do chocolate, bourbon, and lobster. Currently, she’s playing with her pup, Penny and writing the third book in the Made Ones Saga, Awakened.