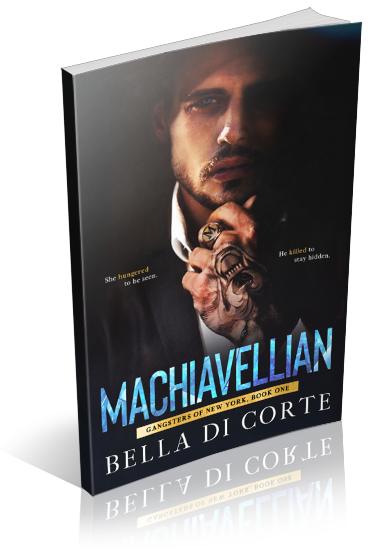 I hungered to be seen.

There were three things I knew about Capo Macchiavello:

He was gorgeous.
He was reclusive.
He was considered one of New York’s most savage animals.

And he wanted me as his wife. A simple arrangement – you do for me, I do for you. Nothing owed, no expectations. Except for one: never leave.

Life was never that simple, though. By the age of twenty-one, I was parentless, jobless, and homeless, and I had come to learn the hard way that nothing was ever free. Even kindness comes with strings.

Capo might’ve been the only man to ever see me, but I had made a vow to myself: I would never owe anyone anything. Most of all, the man I called boss.

I killed to stay hidden.

Mariposa Flores thought she owed nothing to no one, but she owed everything…to me, the ghost the world had once called The Machiavellian Prince of New York.

Machiavellian is the first of three books set in the savage world of the Gangsters of New York series.