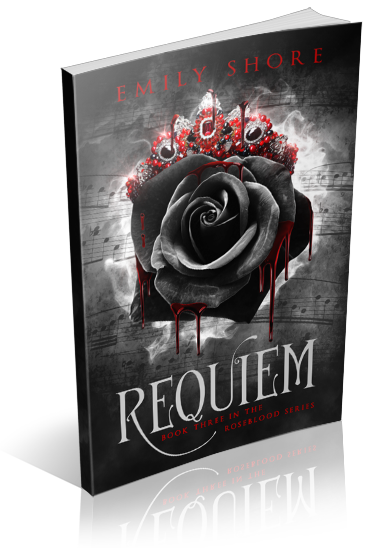 Tagline: There is no rest for Reina Caraway. After a new foe arrives in Le Couvènte, he wipes the young Queen’s memory and transports her to Germany where she lands right in the middle of an ages-old clan war.

When a mysterious stranger arrives in Le Couvènte and succeeds in erasing Reina’s memory, he abducts her to Germany, landing her right in the middle of three powerful vampire clans. With flashbacks haunting her, Reina longs for something familiar even if it leads her to a dark, roguish vampire intent on seducing her.

Desperate to find his Queen and sister, Heath goes undercover as a spy for the conniving, Calabria, leader of the second most powerful clan with eyes on the highest clan throne. Meanwhile, Reina attracts the attention of the top clan leader, Marius, who is determined to claim her and her blood. But warring clans are the least of her concerns compared to a demonic vampire hellbent on devouring the creator Queen and her infinite powers.

Queen Reina’s trials take a dark and deadly turn in Requiem, the third installment in the Roseblood Series. After her downfall, will she rise from the ashes?

I am organizing a release week blitz for Requiem by Emily Shore, a YA Paranormal/Fantasy novel. The blitz will run from July 13th to July 17th, 2020, you can post on any day during this window. There will be excerpts available for your post, and every participant will be able to post the blitz-wide giveaway if you wish – giveaway prize courtesy of author. Social media sites are welcome.

An email with the complete post info including promo items and giveaway details will be sent to all participants on July 10th.
HTML will also be provided.