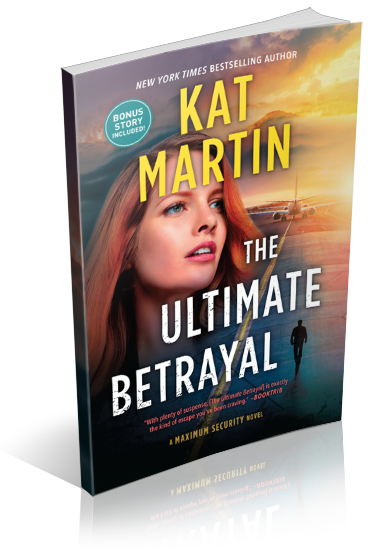 To prove her father’s innocence, she’ll have to turn a killer’s sights on herself

When her father is accused of espionage and treason, journalist Jessie Kegan has no doubt the man she looked up to her entire life is innocent. Worse yet, before Colonel Kegan can stand trial, he’s found dead of a heart attack…but Jessie knows it was murder. Forcing aside her grief, she’s determined to use her investigative resources to clear her father’s name. But going after the truth means Jessie soon finds herself in the crosshairs of a killer who wants that truth to stay buried with her father.

Protecting Jessie Kegan is a job bodyguard Brandon Garrett can’t refuse. Jessie isn’t just a client at Maximum Security—she’s the sister of his best friend, Danny, who was killed in Afghanistan. With dangerous enemies gunning for Jessie from every angle, keeping her safe will mean keeping her close, and Bran finds their mutual attraction growing, though being Danny’s sister puts Jessie out of bounds.

With their backs against the wall, Jessie and Bran will have to risk everything to expose her father’s killer—before his legacy dies with his daughter.

I am organizing a book blitz for The Ultimate Betrayal by Kat Martin, an Adult Romantic Suspense novel. The blitz will run from January 4th to January 8th, 2021, you can post on any day during this window. There will be excerpts available for your post, and every participant will be able to post the blitz-wide giveaway if you wish – giveaway prize(s) courtesy of author. Social media sites are welcome.

An email with the complete post info including promo items and giveaway details will be sent to all participants on December 30th.
HTML will also be provided.