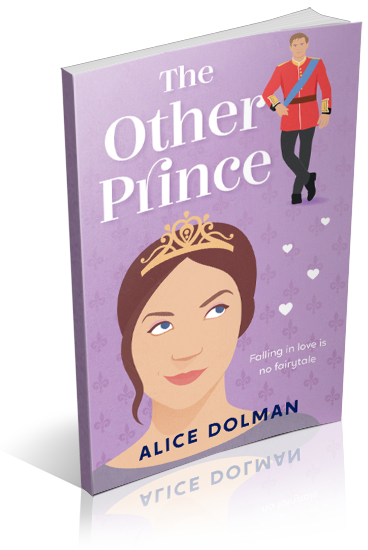 After moving to London, Amelia Glendale landed her dream job as a lawyer at the Queen’s Charitable Foundation. But when the queen dies, Amelia finds herself working for her longtime royal crush, Prince Leo – and his stuffy older brother Prince Edmund.

Charismatic Prince Leo was once known for his hard-partying ways, but has settled down and thrown himself into a life of philanthropy. He’s Amelia’s perfect man and she’s sure they’d get along if she wasn’t too star-struck to speak to him.

Prince Edmund has always been the sensible brother and dutiful heir, until a scandal of epic proportions leaves his reputation in tatters. With his comfortable existence disrupted, he sees a chance to build a life and relationship where he is more than just his position.

Thrown into the princes’ orbit, Amelia discover that maybe the perfect man for her isn’t the prince she expected. Will Amelia get her fairytale ending, or will the pressures of life in the spotlight be too much to bear?

This feel-good romantic comedy about love, friendship and tiaras is perfect for fans of American Royals and The Royal We.

I am organizing a release week blitz for The Other Prince by Alice Dolman, an Adult Romantic Comedy novel. The blitz will run from April 19th to April 23rd, 2021, you can post on any day during this window. There will be excerpts available for your post, and every participant will be able to post the blitz-wide giveaway if you wish – giveaway prize(s) courtesy of author. Social media sites are welcome. ARCs are also available for blitz participants.

An email with the complete post info including promo items and giveaway details will be sent to all participants on April 15th.
HTML will also be provided.