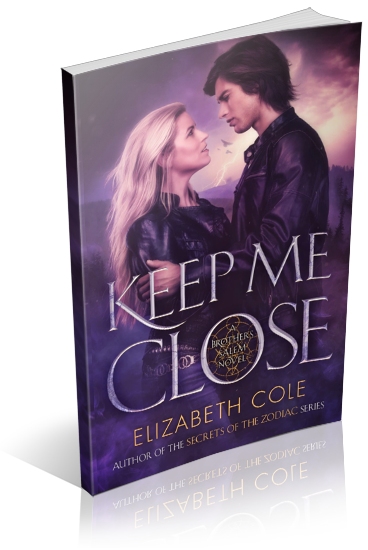 Dominic Salem is many things: professional ghost hunter, curse breaker, and demon slayer to name a few. If there’s one thing he’s learned, it’s never pick up hitchhikers. Something about this one made him stop, though. Maybe he hasn’t learned his lesson yet.

Lavinia “Vinny” Wake doesn’t exactly trust her smoking hot ride. Her music is her sanctuary, the only thing she really believes in. But now, Vinny’s dreams have her all messed up, and the last one seemed too…real.

Dom can tell Vinny’s nightmares aren’t just dreams—they’re way worse. Something or someone is drawing her into a trap, and Dom has to stop it. Turns out Vinny’s life isn’t the only thing at stake. Her soul is on the line, too. No pressure.

The debut novel in The Brothers Salem, a new contemporary paranormal romance series where a trio of demon hunters–armed with spells and snark–are on a mission to slay some demons, break some curses, and get their girls. Unless the girls get them first. I’m organizing a book blitz for the Brothers Salem series by Elizabeth Cole, an 18+ Paranormal Romance series. The blitz will run from August 3rd to August 10th, 2021, you can post on any day during this window. There will be excerpts available for your post, and every participant will be able to post the blitz-wide giveaway if you wish – giveaway prize courtesy of author. Social media sites are welcome.

An email with the complete post info including promo items and giveaway details will be sent to all participants on July 29th.
HTML will also be provided.