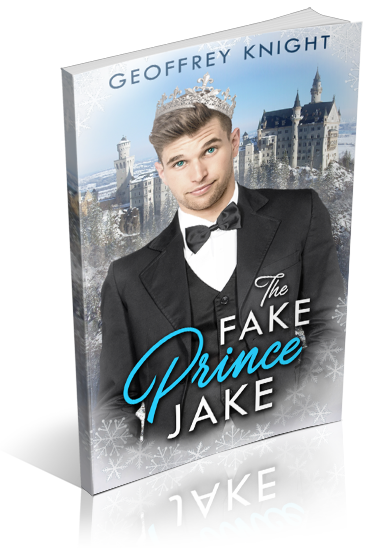 A pretend prince, a crazy king and a daring royal ruse that may or may not lead to true love… what could possibly go wrong?

Far too busy with his career to barely look twice at the hot barista who makes his coffee every morning – let alone ever dream of having a love life of his own – events manager Oliver Albright commits all his time and energy to the PR company that keeps the British Royal Family in the business of, well, being royal. But when he is charged with the job of finding the wayward Prince Jacob of Nottingham and escorting him to the tiny medieval kingdom of Zsnovania, Oliver must throw his run sheets out the window and pull off the greatest royal bluff of the century in order to prevent the utterly bonkers King Zorg of Zsnovania from declaring war on England.

With the help of his trusty assistant Audrey, his recently separated mother Judy, and a sexy American barista with an uncanny likeness to the missing prince, Oliver finds himself embroiled in the craziest quest of his career, all the while falling head over heels in love with…

The Fake Prince Jake is a 65k-word, laugh-out-loud, royal rom-com filled with fairytale romance, crazy capers and a zany cast of supporting characters. Expect to be swept off your feet but be sure to avoid the woofenschlok!

I’m organizing a release blitz for The Fake Prince Jake by Geoffrey Knight, a Gay Romantic Comedy novel. The blitz will run from July 20th to July 24th, 2021, you can post on any day during this window. There will be excerpts available for your post, and every participant will be able to post the blitz-wide giveaway if you wish – giveaway prize(s) courtesy of author. Social media sites are welcome.

An email with the complete post info including promo items and giveaway details will be sent to all participants on July 16th.
HTML will also be provided.