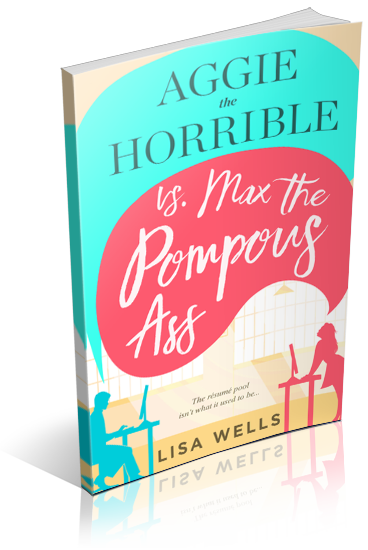 When wild-child Aggie Corelissen shows up for an interview with the last person she’d ever want to work for, golden-boy entrepreneur Max Treadwell, she has one goal—to not be offered the position. While she hates to disappoint the two matchmaking grandmothers who’d pressed Max to hire her, she wants nothing to do with a pity job. Besides, the guy could easily win Mr. Pompous Ass of the year.

The last thing Max wants is to offer Aggie a job. The woman, a mixture of bizarre and annoying, has gone through at least a half-dozen employers this year already. He might’ve promised Grandmother he’d hire her, but if Aggie doesn’t take it because he’s more than a little un-charming, that won’t be his fault. After all, his company is on the brink of a major land acquisition, and the last thing he needs is a screw-up as a personal assistant.

With neither of them willing to disappoint their grandmothers, the interview becomes the stuff of legends, and somehow, before either can blink, they’re suddenly stuck working together.

Max knows his grandmother would kill him if he fired Aggie, so he’ll just have to be so awful she quits…

But what happens next, no one could have seen coming.

I’m organizing a release day blitz for Aggie the Horrible vs. Max The Pompous Ass by Lisa Wells, an Adult Contemporary Romance novel. The blitz is on July 19th, you can post at any time on this day. There will be excerpts available for your post, and every participant will be able to post the blitz-wide giveaway if you wish – giveaway prize(s) courtesy of author. Social media sites are welcome.

An email with the complete post info including promo items and giveaway details will be sent to all participants a few days ahead.
HTML will also be provided.