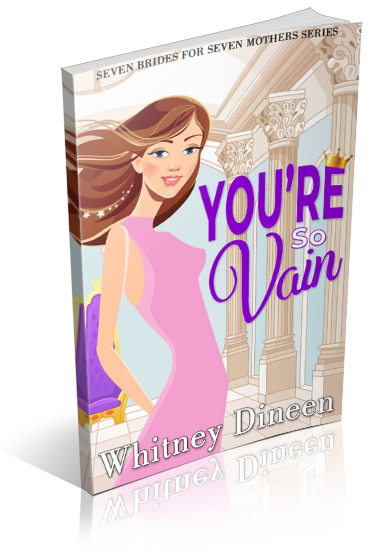 Family drama is something Lutéce Choate struggles to avoid. With a mother who’s an award-winning country western song writer, an aunt who’s a Country Music Hall of Famer, and a brother who’s a rock star, it hasn’t exactly been a low-key kind of life, and she’s ready for a break.

Then Lu’s younger sister, Claire, goes off and gets engaged to a prince from Malquar, bringing the dreaded spotlight back to shine on their family once again. Lu wants to go to the engagement party about as much as she wants to yodel the Star Spangled Banner at the Grand Ole Opry with her crazy relatives. Alas, not going, doesn’t appear to be an option.

Alistair George Henry Bere Hale is not the heir, but the spare. Without the weight of the Crown in his future, he’s managed to live the carefree life of a man about town. That is until his younger brother gets engaged before him and their mother starts pressuring him to settle down.

Alistair represents everything that Lutéce has come to despise–he’s a rich, playboy, partier, who’s always in the spotlight… But Alistair doesn’t feel the same about Lu. In fact, he’s quite drawn to his brother’s future sister-in-law, prickles and all.

When Lu and Alistair’s mothers witness the sparks between their children, they start to make plans of their own. Will Lu relax her prejudices long enough to get to know Alistair?

Find out in the fabulously funny fourth book in the Seven Bride’s for Seven Mothers Series.

I’m organizing a release week blitz for You’re So Vain by Whitney Dineen, an Adult Romantic Comedy novel. The blitz will run from September 12th to September 16th, 2021, you can post on any day during this window. There will be excerpts available for your post, and every participant will be able to post the blitz-wide giveaway if you wish – giveaway prize(s) courtesy of author. Social media sites are welcome. ARCs are also available for blitz participants.

An email with the complete post info including promo items and giveaway details will be sent to all participants on September 8th.
HTML will also be provided.