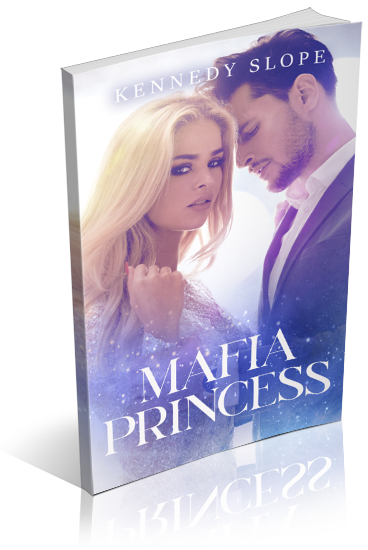 Once upon a time, Sasha Petrov had been a mafia princess. Safe and protected in the high-tower of her father’s mansion. She had known her place, and she’d been happy for it. That had been before her family decided to marry her off to their enemy.

Sasha Petrov knew it was her duty to marry, but she never expected her father to give her away to their enemy, the Blanchi family. She’d accepted that it was her fate to end the bloodshed that took her brother’s life, but at eighteen she’d rather be heading off to college than heading down the aisle.

Dominic “Dom” Blanchi saw an opportunity to save his brother’s life. He’d already lost so much, and he couldn’t imagine burying another beloved member of his family. He was certain that his marriage to Sasha Petrov would save his last remaining brother from the grave. Getting a pliant young wife in the deal wouldn’t be the worst thing, at least, that’s what he told himself. But when his family’s warehouses get hit and Blanchi men continue dying, Dominic wonders if his new wife is to blame.

Now, both must make a choice between love and family loyalty.

And Sasha will have to decide if she’d rather be a Mafia Princess or a queen.

I’m organizing a release week blitz for Mafia Princess by Kennedy Slope, an Adult Dark Romance novel. The blitz will run from September 27th to October 1st, 2021, you can post on any day during this window. There will be excerpts available for your post, and every participant will be able to post the blitz-wide giveaway if you wish – giveaway prize(s) courtesy of author. Social media sites are welcome.

An email with the complete post info including promo items and giveaway details will be sent to all participants on September 23rd.
HTML will also be provided.