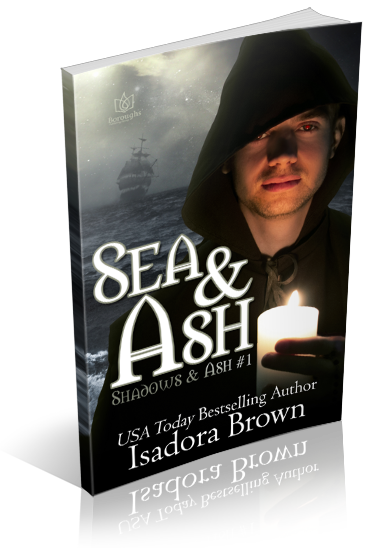 Seventeen year old Hannah Walker can tell when people are lying and she hates it. This magic has been with her since she was born and no one has taught her a thing about it or why she has it in the first place. The only thing she knows is that if it’s discovered, she will be put to death. Not even being the second daughter of Port Ankura’s manager will save her from the strict laws put forth by the regency concerning magic.

When Hannah’s best friend is found brutally murdered, Hannah vows to solve who committed such a vicious act no matter what the cost. She enlists the help of businessman Adrian Blood, a man as wicked as he is handsome, in hopes to use his vast resources to find the killer. He owes her a debt after she saved his life and exposed her magic to him in the process. They strike a bargain: help her find out what happened to her friend and she’ll use her powers to tell him who wants to kill him.

Clues begin to pile up, hinting that the murderer isn’t a man at all, but a Blood Mage. Blood Mages are thought to be stories that scare wicked children into compliance. They live on their ships during the day and terrorize land at night, feeding on blood of the innocent to survive.

As they chase down leads and sneak into the morgue in order to inspect the body, Hannah starts to feel things for Adrian she shouldn’t. Not only is Adrian dangerous, but there’s something she can’t quite put her finger on. More than that, Hannah knows Adrian is keeping a secret from her. Can she learn to trust him anyway, even knowing that whatever Adrian is hiding might be the key to everything?

SEA & ASH has the dark paranormal mystery of the STALKING JACK THE RIPPER COLLECTION by Kerri Maniscalo, and the forbidden romance of FROM BLOOD AND ASH by Jennifer L. Armentrout. It is the first in a trilogy.

I’m organizing a release week blitz for Sea & Ash by Heather C. Myers, a YA Fantasy novel. The blitz will run from October 21st to October 25th, 2021, you can post on any day during this window. There will be excerpts available for your post, and every participant will be able to post the blitz-wide giveaway if you wish – giveaway prize(s) courtesy of author. Social media sites are welcome. ARCs are also available for blitz participants.