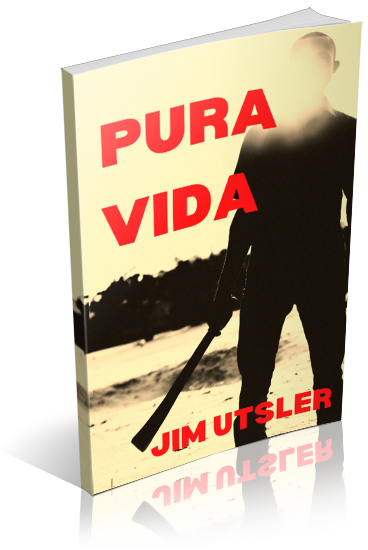 Detroit homicide detective Jacob Miller has been accused of many things, but being smart isn’t one of them. The murder of drug dealer Willy is proof enough, but not covering it up is even worse. So why would he think that stealing a fellow inmate’s hidden fortune is any wiser, especially when an ex-mafia family head is after the same thing?

But even the stupidest people have occasional flashes of brilliance, and Jacob is no exception. After being released from prison and moving to sunny Costa Rica, he solves an international murder mystery involving the usual suspects: love, lust, and murder.

Despite that mildly brainiac feather in his cap, he still has to deal with the beef between him, his fellow inmate, and the mob boss…and the violent fallout that ensues.

I’m organizing a book blitz for Pura Vida by Jim Utsler, an 18+ International Mystery novel. The blitz will run from May 16th to May 20th, 2022, you can post on any day during this window. There will be excerpts available for your post, and every participant will be able to post the blitz-wide giveaway if you wish – giveaway prize courtesy of author. Social media sites are welcome.

An email with the complete post info including promo items and giveaway details will be sent to all participants on May 13th.
HTML will also be provided.