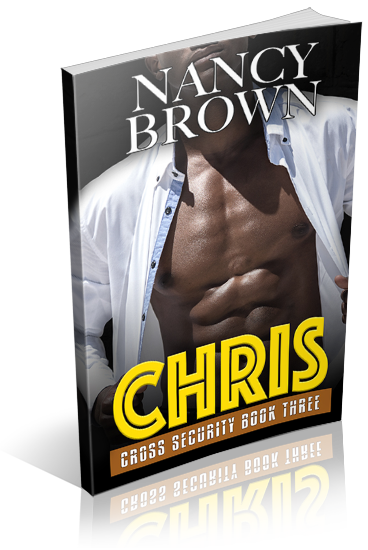 Every child has a dream. More often than not, they end up being fairy tales instead of reality, because not everyone can have a happily ever after. But maybe, just maybe if we try hard enough, some of us can have our happy ending.

After a brutal abduction that took place when she was twelve years old, Poppy Jones’ parents whisked her across the world in the hopes of hiding Poppy from her mysterious captor, the man she refers to as Surfer Man. The haunting words he left her with before he let her go were… “You were meant to be mine, but now isn’t the right time.”

Ten years later, Poppy’s dreams become reality on a beach in Spain when she is discovered by one of the top modeling agencies in the world. Unfortunately, when Poppy comes out of hiding, so does her captor. Surfer Man has resurfaced, and he is coming to collect what he believes is his… the girl he let go ten years ago. Poppy’s dream turns into a nightmare as she prepares to run again. That is, until she meets Chris Winters, a man who will do anything to protect her, even from himself.

Chris Winters had only one objective in life… join MI6, become the next James Bond. A goal he achieved at an early age. He had it all: killer good looks, beautiful women, danger, and intrigue. It was working for him until it wasn’t, and the killing machine he had become started to overtake him. Knowing he needed a change; he joins Cross Security and meets Poppy Jones. She’s breathtakingly beautiful, but unfortunately, she’s totally off-limits because she is also the client he has been hired to protect. Poppy is not what Chris expected. Beyond the shroud of darkness that has befallen her, he finds a glimmer of light, a light that is so addictive it threatens his carefully guarded control. Chris has to decide. Does he push Poppy away and keep her alive, or can he have her and risk dire consequences if her distraction proves to be too much?

It’s a deadly game to play. Who will live and who will die?

I’m organizing a release week blitz for CHRIS by Nancy Brown, an Adult Romantic Suspense novel. The blitz will run from September 9th to September 13th, 2022, you can post on any day during this window. There will be excerpts available for your post, and every participant will be able to post the blitz-wide giveaway if you wish – giveaway prize courtesy of author. Social media sites are welcome.

An email with the complete post info including promo items and giveaway details will be sent to all participants on September 6th.
HTML will also be provided.