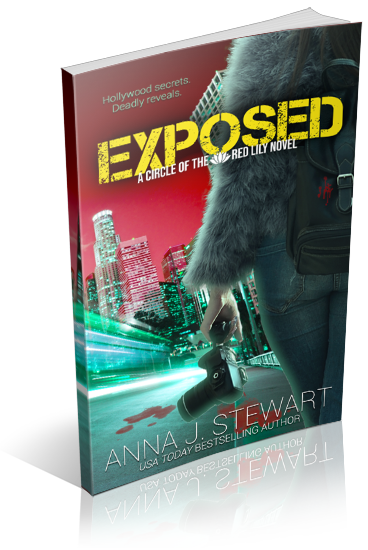 Working as a Hollywood photographer means Riley Temple has seen it all, but that theory is put to the test when she finds herself staring at the chilling image of a dead woman. When her questions about the film’s origin results in violence, she finds herself reluctantly turning to the only person who assures her he can help: Detective Quinn Burton. Her history with the LAPD is complicated, her trust in authority, tenuous. But to find those responsible and to protect those closest to her, she’s willing to do anything. Even trust a cop.

After more than a decade on the job, Quinn knows a dangerous situation when he sees it and Riley Temple is up to her ears in trouble. But not for the reason she thinks. The pictures she’s stumbled on calls into question a notorious murder conviction; a conviction partially secured by Quinn’s own police commissioner father. A conviction powerful people have a vested interest in keeping in place. Quinn prides himself on being loyal but seeing this case through means betraying someone: his job, his family, or the woman he’s falling in love with.

As their investigation begins and old secrets are revealed, Quinn and Riley find themselves targeted by members of a secret society that for decades has maintained influence and violent control over Los Angeles and Hollywood’s powerful elite. A society that, until now, has remained hidden in the shadows.

A society that will stop at nothing to keep their secrets buried.

I’m organizing a release week blitz for Exposed by Anna J. Stewart, an Adult Romantic Suspense novel. The blitz will run from November 15th to November 22nd, 2022, you can post on any day during this window. There will be excerpts available for your post, and every participant will be able to post the blitz-wide giveaway if you wish – giveaway prize(s) courtesy of author. Social media sites are welcome.

An email with the complete post info including promo items and giveaway details will be sent to all participants on November 10th.
HTML will also be provided.