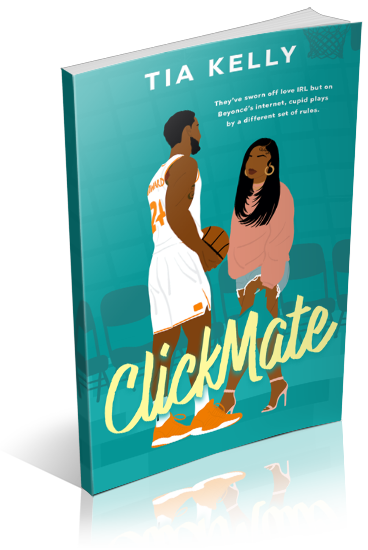 After a public and very messy divorce nearly drained his bank account, Cole Howard is too focused on trying to save his basketball career to even think about shooting his shot outside of the arena, especially with women like his uptight neighbor, Bella Barnes. Despite being beautiful and intelligent, she’s no stranger to drama, one thing he’s desperate to avoid.

His only escape is an online culinary covert persona he uses to share his passion for all things food with a stranger who’s only interested in what he can do in the kitchen and not on the court.

After having a problematic entanglement with a very famous and still married celebrity aired out on a nationally syndicated radio show, being unceremoniously fired, and moving in with her sister, Bellamy Barnes is too focused on trying to get her life back together to even think about getting herself entangled with another emotionally unavailable man. This especially includes men like her sister’s annoying neighbor, Cole Howard.

Despite being gorgeous and charming– though she wishes he would stop calling her Bella because he knows she hates it—he’s exactly the kind of rich, thinks-he’s-God’s-gift to women player (on and off the court) she’d spent her entire life avoiding.

Her only refuge is visually indulging in the culinary masterpieces cooked up by her online crush and confidante.

Cole and Bellamy have sworn off love IRL but on Beyoncé’s internet, cupid plays by a different set of rules.

I’m organizing a release week blitz for ClickMate by Tia Kelly, an Adult Sports Romance novel. The blitz will run from January 24th to January 30th, 2023, you can post on any day during this window. There will be excerpts available for your post, and every participant will be able to post the blitz-wide giveaway if you wish – giveaway prize(s) courtesy of author. Social media sites are welcome.

An email with the complete post info including promo items and giveaway details will be sent to all participants on January 20th.
HTML will also be provided.