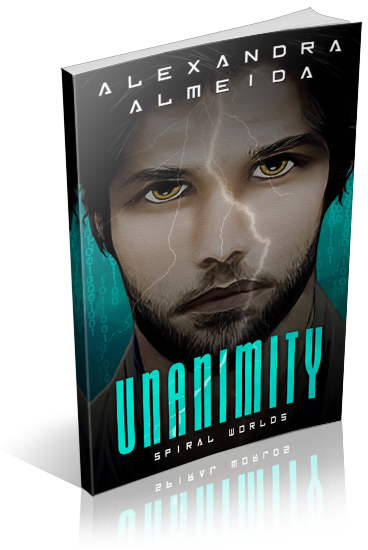 The road to hell is paved with good intentions.

Shadow is a reluctant god with a broken mind and a death wish. He used to be Thomas Astley-Byron, an affluent young screenwriter whose creativity and idealism saved a world from the brink of collapse. Together with Henry Nowak, an AI expert, Tom created heaven on earth by inventing a Jungian simulated reality that helps humans confront their dark sides. The benevolent manipulation platform turned the two unelected leaders into beloved gods, but now everything is failing. The worlds suffer as a sentimental Tom descends into his own personal hell, becoming the embodiment of everything he despises and a shadow of who he used to be.

His journey from optimistic, joyful Tom to a gloomy Shadow is paved with heartache and sinister interference from emerging technology. Humans and bots fight for his heart, but their aims differ: some want to own it, some to dissect it, and others to end its foolish beat. Estranged from the love of his life—the activist poet Nathan Storm—Tom fails to realize the biggest threat comes from within. None of the sticky stories that steer his life end well.

Now, a young goddess—Estelle Ngoie—has been appointed to replace him, and unlike Shadow, Stella takes no prisoners, and her heart bleeds for no one.

Who’s pulling on Shadow’s heartstrings? Are their intentions malign or benign? It’s all a matter of perspective, and Shadow has none left.

An epic tale spanning across six days—one per book—and forty past decades of life lived across ten worlds and two universes.

Weaving hard sci-fi elements with social commentary and queer romantic suspense, Spiral Worlds explores the nature of consciousness and how it’s connected to a not-so-secret ingredient—story. As software consumes the world, intelligence is nothing but the appetizer; the human heart is the main course.

There is no black or white in this story about a contrast-making machine.

I’m organizing a release blitz for Unanimity by Alexandra Almeida, an Adult Sci-fi novel. The blitz will run from November 22nd to November 26th, 2022, you can post on any day during this window. There will be excerpts available for your post, and every participant will be able to post the blitz-wide giveaway if you wish – giveaway prize(s) courtesy of author. Social media sites are welcome.

An email with the complete post info including promo items and giveaway details will be sent to all participants on November 17th.
HTML will also be provided.