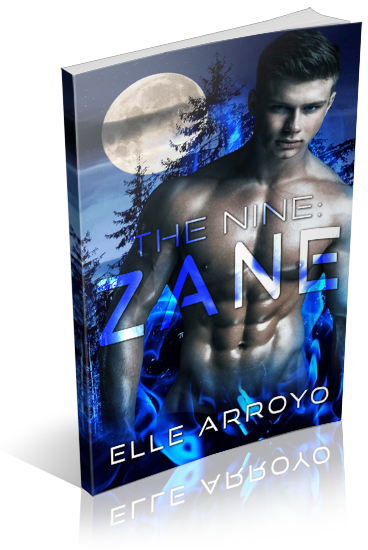 Zane is Anunnaki, one of the nine immortals subjugated to walk the earth for eternity while tasked with protecting humankind from the malice. He must bind himself to an heir before the demons secured within his vessel burst free. Except that Zane is not interested in the female chosen for him. Instead, his desire lies in the man he met five years ago and shared an innocent, heartfelt night with. Eric Diaz had left Zane wanting.

Before they force Zane to bind himself with the female, he seeks Eric and shares one night of passion, hoping to satisfy his hunger for the man. But it doesn’t work, and Zane does everything in his power to keep Eric by his side, even risking the human realm and unleashing hell on earth.

Elle is the author of Dark Fantasy MM Romance. She writes about alpha males fighting their demons, saving the world, and falling in love. And not necessarily in that order.

I’m organizing a blog tour for The Nine: Zane by Elle Arroyo, an 18+ Paranormal MM Romance novel. There are 20 spots on this tour which will run from January 23rd to January 27th, 2023. Posts will consist of reviews, guest posts, interviews, and excerpts. There will also be a tour giveaway. Review copies will be available in ebook formats.

Note that signing up does not guarantee a spot on the tour.
Those selected for the tour will be emailed in mid December with their tour date.
The tour schedule will also be posted on this page.