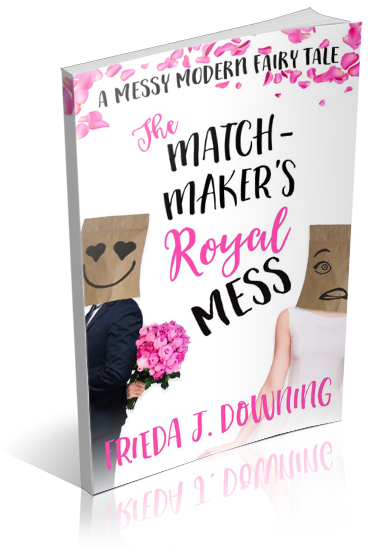 She’d rather give a mountain lion a bikini wax than mess with love again.

Been there, went viral, never going back. Hattie Montague’s life as a backcountry guide for the spoiled and famous suits her just fine, thanks. It’s the only place she feels completely safe being herself. So what if she has nightmares that she can only speak squirrel and craves pine cones for breakfast? It beats leaving yourself vulnerable to humans. Fine, all of them aren’t bad. She likes probably three, so when one needs her help, she drags herself back to civilization. If she can navigate white water rapids, she can babysit a matchmaking office for a weekend. It’s not like she’ll have to deal with people or, you know, be nice. Ew.

Alexander Greye ruined her life ten years ago. Not his proudest moment. Known as the Winter Warlocke, he’s a man born and raised to lead a country with logical precision. Yet around her, he can’t seem to think rationally. He’s never met anyone who dives into the unknown like she does or tames chaos like she can. In a world as perfectly controlled as his, that makes her irresistible and utterly dangerous. And he’s willing to risk it all to thaw his frozen heart.

It’s half past too late when he realizes his carefully laid plans to win her over covered everything except the theft of the Crown Jewels, an abandoned mine where they’d have to face their deepest fears, and the betrayal that forces them to let go.Quite literally.

Warning: Not for the faint of heart. Sassy romantic adventure, with instances of chaos, misunderstandings, and feels. Oh, and the occasional sheep. Sparks will fly, it’s gonna get awkward, and the Happily-Ever-After will be well-earned.

I’m organizing a release blitz for The Matchmaker’s Royal Mess by Frieda J. Downing, an Adult Modern Fairytale novel. The blitz will run from December 19th to December 23rd, 2022, you can post on any day during this window. There will be excerpts available for your post, and every participant will be able to post the blitz-wide giveaway if you wish – giveaway prize(s) courtesy of author. Social media sites are welcome.