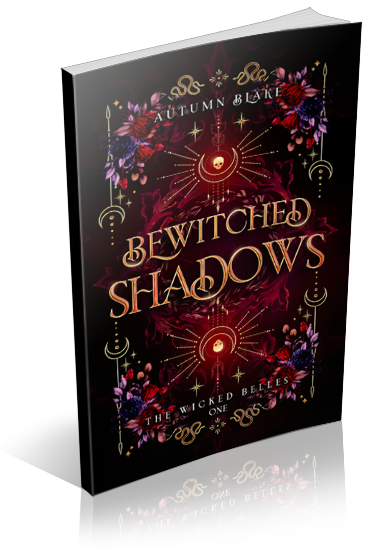 A fiery witch…
Ember Belle is a total mess. When she’s not partying with the local shifter pack or causing mayhem around New Orleans with her three sisters, she does anything to avoid confronting her out-of-control fire magick and the grief from losing her parents. However, when an opportunity arises to obtain a magical item that could solve all her problems, she decides to take her life into her own hands.

A cold-as-ice demon…
Killian Inferno’s only desire is to spend his final weeks of freedom in New Orleans, away from his duties as the future Lord of Pride. What he doesn’t expect, is to be summoned by the amateur witch who has been haunting his dreams. A seductress who needs his expertise to solve a recent murder by any means necessary. Even sorcery.

Ember now has no choice but to enter a demon pact with Killian. The terms are simple: remove the spell she may have cast on him before Samhain, or return to Hell with him, kicking and screaming. Can the two enemies set aside their animosity to uncover the city’s secrets and unlock Ember’s true magical potential, or will they be undone by the enemies they didn’t see coming?