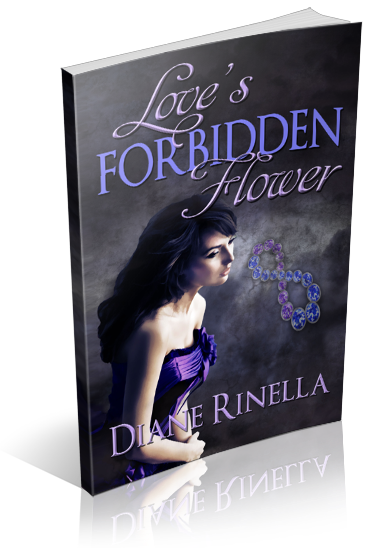 The heart cares not what society forbids.

Lily nurtures a secret love for a flawless man—the one who is her soul mate. Donovan is gorgeous, charismatic, and delights in all of Lily’s talents and quirks. Their innate knowledge of each other is almost telepathic. Together they interlock like fine threads creating luxurious silk.

But society dictates this picture-perfect adoration is the ghastliest of all possibilities.

As Lily embarks on a quest for the romance the heavens intended, her suitor turns reluctant. Desperate to uncover why Dr. Jekyll and Mr. Hiding decayed from a tender-hearted gentleman into a ferociously self-serving, cocky bastard, Lily is prepared for battle when it comes to the salvation of her soul mate. However, Donovan traps Lily in a mental game of chess, leaving her to question his sanity. When Lily’s revelations about Donovan’s destructive alter ego lead to an unconceivable truth, can she help Donovan survive fate’s cruel joke?

Impassioned, witty, and deeply moving, Love’s Forbidden Flower is filled with stunning controversies that will forever haunt your heart.

Today, somewhere among the roses and petunias, my sanity squirted out of my brain and fertilized the backyard. Why couldn’t those heart-seizing moments be experienced with anyone else? Why did they have to be with the man who’s the ghastliest of all possibilities?

Obviously I hit my head and became delusional, or I have had so many Thanksgiving leftovers that I’ve slipped into a coma. Volunteering to play catch with Donovan to help keep his arm loose seemed valiant. But he chuckled before rolling his eyes and shaking his head in mock shame, cracking a joke about trying to teach me not to be such a klutz on the field. He’s right. I’m truly female when it comes to sports.

He looked to the sky, arms outstretched, shaking his head in disbelief before sauntering towards me, plotting how to finally teach me the basics of throwing a football. At this point everything still seemed normal.

After tossing me the ball he stood with his back facing me. Raising his right hand he said, “Hold the ball like this.”

“No. More like this,” he emphasized while making a gesture that reflected my grip precisely. He then gave me his snicker that could charm a nun out of her habit. “You’re such a sorry case.”

Strolling behind me, he put his left arm around my waist and pulled me close, twisting my hips as he went. It was nothing. We’ve done it a million times before.

“First, situate your body. Make sure you have a solid grip. Now pull back, like so.”

That’s when I clumsily bonked him in the face.

“Oh, I’m so sorry!” I laughed. He had it coming for that klutz remark.

“Suuuure you are. Now stay in position.” Again he pulled me next to him, but this time placing his cheek against mine. Hesitation flowed over us as our bodies magnificently reacted to the sensuality of the touch. In his racing pulse, his breath, and every cell in his body it seemed that Donovan desired the luxury of exploring my mouth with his own. Thoughts of how he must taste wandered over me. Would he be sweet like the cookies I bake that he loves so much? Or creamy and delicious like an expensive piece of chocolate? The kind where even the tiniest morsel could satisfy a craving, yet would leave you desiring more for days to come.

Just as our cheeks glided together, as if to surrender to the intoxication, he gripped my hand tighter and yelled, “Now throw!” lunging into the toss, forcing me to follow along. It was incredibly beautiful—both the moment and the pass.

“I knew you could do it. You just needed the right touch,” Donovan yelled, running after the ball.

The “right touch?” How does that translate? Was he messing with me so I’d relax, or didn’t he realize what had transpired? Dear God, please let that interlude have been in my head.

He tossed me the ball. “Try it again.”

Resuming position, my mind tried to lift its cloudy haze. “One. Two,” I released the ball. “Three!” The lopsided pass was far better than I’d ever managed before.

Donovan grabbed the ball and tossed it back to me. “Oh, yes! Lily goes aggro! Almost perfect. Try it again.”

The next time it sailed right into his hands. His expression flipped from wide-eyed to a devious turn of the lips as he ran towards my end of the yard. My pride kicked in. There was no way I’d let him get away with this. In the spirit of the game I pounced on him, taking him down to the ground, his head almost landing in a rose bush.

“What the hell? Where did you learn to do that?”

“A woman has her ways,” I said playfully. What was I thinking? Clearly I wasn’t.

His eyes were magnetizing with their composition of deep and complicated blues like the waves of the ocean. Their depth intensified by his fair complexion and layered obsidian hair, reminiscent of the feathers of a raven. My breathing ceased as his eyes drew me in, transfixed.

At least that’s what I think he said. That pesky haze still cluttered my brain like murky pea soup. He must have raised himself because his hand caressed my face like a whisper while those incredible eyes drew closer. “Hey, you all right?”

My head rattled away the clouds. “Yeah. I’m fine.”

“We’d better call it quits before one of us breaks the other.”

As if nothing extraordinary happened, he aided me to my feet, and we went inside, wordlessly.

The remainder of the evening we desperately tried to act unconcernedly, but it was obvious something was amiss. Our usual dinner banter was strained, causing Mom to pretend hopefully that we might turn into normal siblings, the ones who often don’t get along. But that will never happen; we’re too connected. Our mutual cognizance only fazes others. To us it’s a simple skill we possess, like writing in cursive. How have I never noticed how freakishly unconventional it is?

But dinner was middling. It was after that things got abominable. Or rather, I made an uncouth fool of myself.

“Hey, thanks a lot. You almost got me in massive trouble.” Donovan appeared slightly indignant, albeit a little uncomfortable as he slipped into my room, leaning casually against the doorframe with his arms crossed.

“What?” I asked, dropping my pencil onto my math book while mocking his characteristic eye roll. “Okay, how?”

“You had to tell Dad you tackled me.” Donovan plopped onto the foot of my bed so heavily my book bounced, sending my pencil flying onto the floor. Attempting to look scornful, I lowered and pinched my brows, then motioned for him to pick it up.

“I did, fair and square. Did he really give you a bad time over that?” I swiped the pencil from his hand while hoping Dad was kind, yet knowing the truth. He’s always far too hard on Donovan and expects him to be the quintessential manly son at all times. Also, I should have known better. At 5’11” Donovan’s got a good 7” on me, so of course Dad was upset. No excuses, even when it comes to his sister.

“Just a little. He did that voice again. The one where he’s all, ‘I am trying to sound like I’m kidding, but I also want you to know that I am serious.’ I think he’s afraid I’m going soft right before the big game and I’ll disappoint him.”

It was then the stupidest thing I’ll ever utter sprang from my mouth. “That’s silly, Donovan. I bet you’ll never go soft, and if you don’t watch your moves, the next time I pin you I may do more than damage your ego.”

My insides clamped. Maybe he heard it the way I hope I intended it; but his eyes sparkled as he absorbed my words. Since this afternoon his phenomenal eyes have become my obsession.

As he exited the room, flirtatiously singing, “Goodnight, Lilyanna,” his grin said it all. He knew exactly how I feared I meant it. I might as well have written it on the bathroom mirror and taped his toothbrush next to it. I’m seriously screwed!

It’s nonsensical. There’ll be no enchanted moment where one of us discovers the other was adopted or abandoned by aliens. Though my thoughts should sicken me, all I want is to sneak into his room like I did when I was little, put my head on his shoulder, and have him tell me it’s just a vile dream. But this is reality, and nothing about the radiant glow burning inside me since being captured by his eyes feels nefarious.

But how illogical is it really? Aren’t you supposed to fall for your best friend? The one who listens to you with undivided attention no matter how ridiculous you’re being? The person who will instinctively drop everything to put his arms around you when you’re hurt, even if you’ve yet to utter a word? Donovan is all those things and countless more. 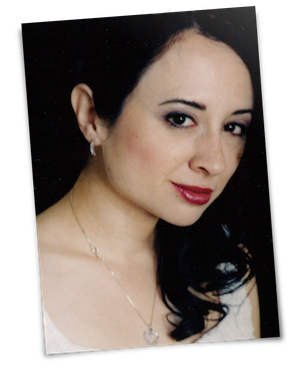 Enjoying San Francisco as a backdrop, the ghosts in Diane’s 150-year old Victorian home augment the chorus in her head. With insomnia as their catalyst, these voices have become multifarious characters that haunt her well into the sun’s crowning hours, refusing to let go until they have manipulated her into succumbing to their whims. Her experiences as an actress, business owner, artisan cake designer, software project manager, Internet radio disc jockey, vintage rock n’ roll journalist/fan girl, and lover of dark and quirky personalities influence her idiosyncratic writing.

She is currently completing the sequel to Love’s Forbidden Flower.