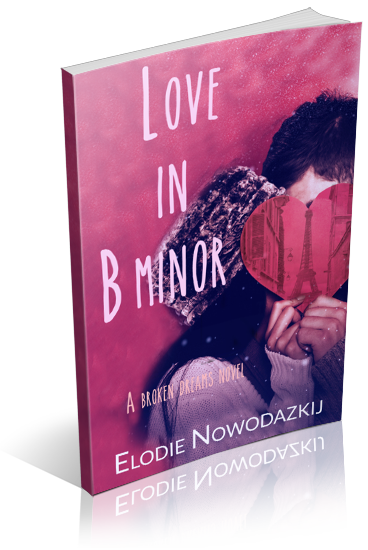 No promises. No fake tomorrows. That was the plan.
New city. New life. At least, that’s what nineteen-year-old Jen Harrison believes. On the surface, she’s living her dream: dancing in a prestigious dance company in Paris. But her sister’s death and the mistakes she’s tried to bury haunt her. She’s become a pro at hiding who she truly is, and she definitely doesn’t want a guy to derail her, but a one night-stand she can do. Nothing more. She definitely doesn’t plan to see the sexy stranger who made her laugh for the first time in years ever again.

Girls don’t walk away from Lucas Wills. Bad boy turned rock star, he’s got his share of groupies. Always upfront, he doesn’t promise fake tomorrows because love can destroy everything. Been there, done that. His ex not only lied to him, she stomped on his heart, used him to become famous, and almost ruined him. So, waking up alone after a night beyond his wildest imagination with a girl he just met shouldn’t upset him, shouldn’t inspire one of the saddest songs he’s ever written, shouldn’t make him want to chase after her.

When Jen, the one-night stand who got away, auditions to be a dancer in Lucas’ next music video, they can’t stop their growing attraction. But Jen’s secrets and his ex could shatter the careers they tried so hard to build and their hearts…they will have to decide what’s more important and if love is worth the fight.

Love in B Minor is the third standalone novel in Elodie Nowodazkij’s Broken Dreams series.

I am organizing a release day blitz for Love in B Minor by Elodie Nowodazkij, a New Adult Contemporary Romance novel. The blitz is on March 15th, you can post at any time on this day. There will be excerpts, teasers, Q&As and a playlist available for your post, and every participant will be able to post the blitz giveaway (incl. signed copies & gift card) if you wish. Giveaway prizes courtesy of publisher.